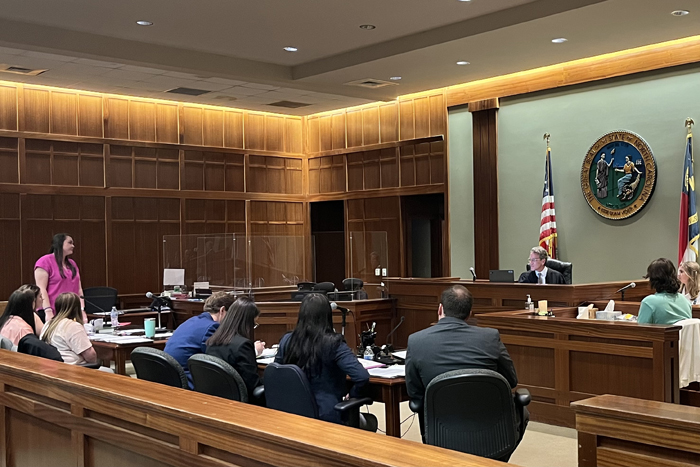 Mary McCulluhgh, left, served as lead attorney for the defense team during a mock trial at Appalachian State University. She was arguing a motion to dismiss at the close of the state’s evidence in the murder trial as Chief Judge Charlie Brown listens on Saturday, April 30. Submitted photo

Appalachian State University student Mary McCullough, a Salisbury High School graduate, took part as lead defense attorney in the Appalachian Mock Trial Club’s case for this semester at Watauga County Courthouse on April 30. Chief Judge Charlie Brown, who plans to retire at the end of the year, presided over the trial in Boone.

A story on McCullough’s efforts appeared in the Post on April 14.