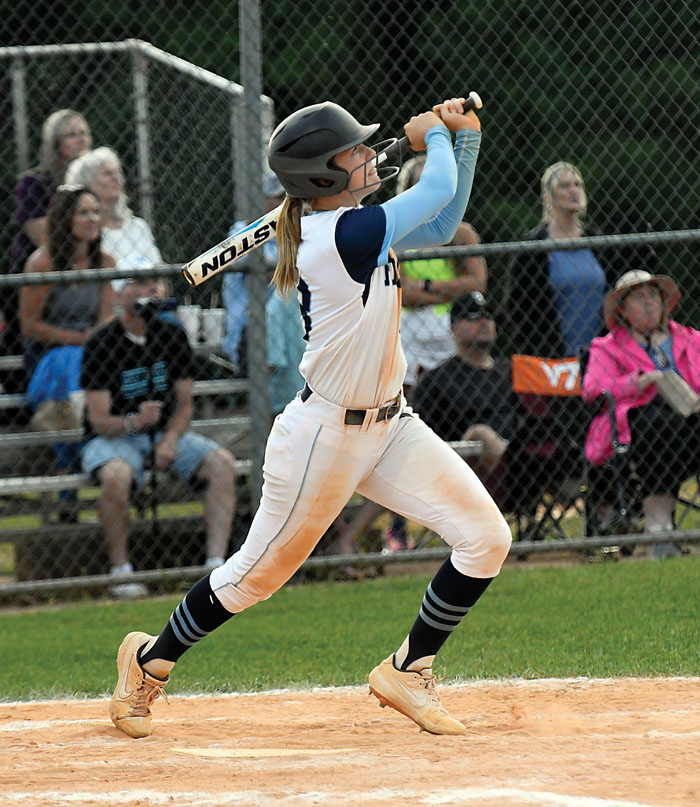 West's Emma Clarke will play at Tennessee for her college career. File photo by Wayne Hinshaw, for the Salisbury Post

Clarke put second-seeded West (18-5) ahead twice with two-run homers, but top-seeded Central Cabarrus came back to take a 5-4 victory on Carson’s field.

Clarke connected in the fourth inning after a Kenadi Sproul base hit to give the Falcons a 2-1 lead.

With West trailing 3-2 in the top of the sixth, Clarke did it again. Ashlee Ennis was on base with an infield hit when Clarke launched one over the center-field fence.

But the Vikings, who were flawless in the field, rallied again. They put together a string of baserunners in the bottom of the sixth, with pitcher Brantleigh Parrott’s infield hit knocking in the decisive run. Then Parrott put the Falcons away in the seventh.

Central had seven hits, while West had only four.

Arabelle Shulenberger pitched a complete game for the Falcons.

Parrott, who is headed to Lander, struck out nine for the Vikings.

Central had beaten West 8-1 and 2-1 in the regular season.

The teams now will await the announcement of playoff seeds by the NCHSAA.

NOTES: Central Cabarrus currently is fifth in the 3A West rankings, while West Rowan is 10th and is certain to get a first-round home game in the playoffs. East Rowan (16th), Carson (18th) and South Rowan (26th) are also headed for the 3A state playoffs from the SPC. … Elon-bound Hickory Ridge pitcher Anna Dew shut out A.L. Brown 2-0 in the Greater Metro Conference Tournament championship game on Thursday in Kannapolis. Dew fanned 11.  Lindsay Wolford had two hits for the Wonders.