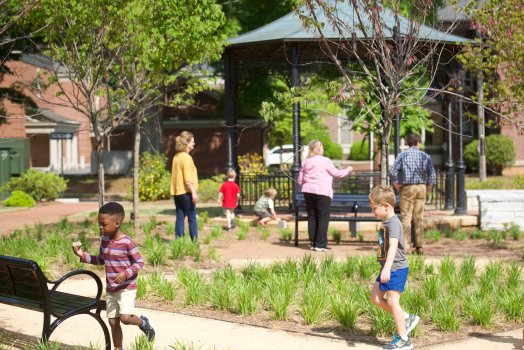 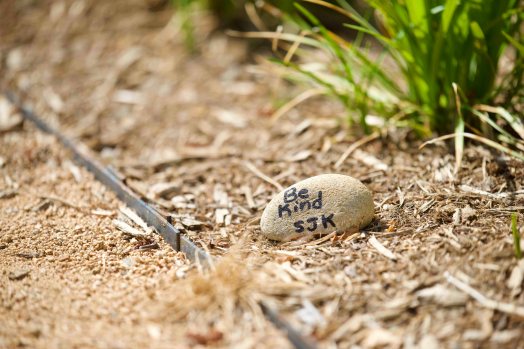 Carl Blankenship/Salisbury Post - One of the kindness stones perched on the edge of a walkway. 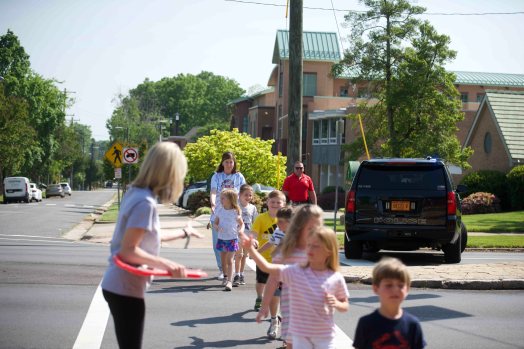 Carl Blankenship/Salisbury Post - The classes got a police escort across Innes Street. 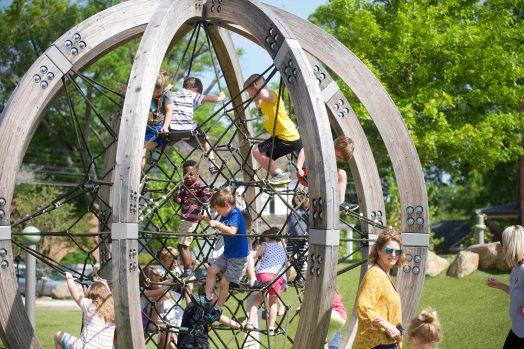 Carl Blankenship/Salisbury Post - Students got a chance to visit the play section of the park after all the kindness stones had been placed.

Students in St. John’s Lutheran Church’s pre-kindergarten and kindergarten programs made the short trip across the street to the park with the help of a pair of Salisbury police officers and gathered on the amphitheater stage for a quick briefing and to get their rocks.

Rather than descending on the park in all directions, the students were split into a few groups and led through different sections of the park they could plant their stones.

Each stone was hand painted by the students and inscribed with a positive affirmation. The kids were told not to hide them too well, because they are meant to be found by people walking in the park.

After the stones were placed, the kids got a chance to visit the park’s play area and spend some time on its free-form equipment.

Kindergartner Sabine Witt said she was having fun and her favorite part was getting to use the net swings.

The message on her stone says God ❤️s you. She drew a picture of herself on the stone.

Witt said someone finding her rock is exciting and she might come back and see if she can spot some of her classmates’ rocks.

She said she thinks it will make people feel “really nice” when they find a rock.

Lead kindergarten teacher Teresa Stoner said the school has placed kindness rocks around the church before, but this seemed like a good opportunity in the new park. She said the goal is simple: to make people smile and have a better day.

“I think when COVID came through that a lot of social interaction was not permitted and this gets them to get back in the swing of being kind to others,” Stoner said.

Teachers are constantly trying to reinforce the importance of kindness to the kids. The classes have a kindness jar. When a student does something kind, it gets written down and added to the jar so the class can revisit the good things students have done each week.

Kindergarten Teacher Bonita Rowland said finding a stone may uplift someone who needs uplifting it, it gives the kids a small service project and some of them had not visited the park yet.

Rowland said one of the main purposes of kindergarten is teaching kids who to interact with others and lead by example.

“We’re trying to show them, even though they’re little, they can make a difference in the world, even with a small rock,” Rowland said.