SALISBURY — Class at Charlotte Divinity School is now in session.

After years of planning, Rev. Jeff Richards has launched the seminary with the goal of educating men and women who are called to ministry or interested in bolstering their theological knowledge.

The non-denominational school is based at Covenant Church in Statesville where Richards is the pastor, but classes are being hosted at various churches in the area, including Maupin Avenue Presbyterian Church in Salisbury.

Richards, president of the school, has been actively laying the groundwork for the seminary for several years. But a vision for the school started forming in his mind long before then.

“For the past few years, I’d say the last decade at least, I’ve been thinking about starting a school,” Richards said. “I’ve taught at a number of schools, UNC Charlotte, Hood Seminary and Columbia International University and the list goes on and on. My main interest is theological education.” 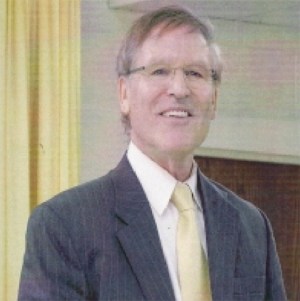 Pastor Jeff Richards is the president and founder of the newly-established Charlotte Divinity School, which is offering theological classes hosted at churches in and around Rowan County. Photo submitted.

In addition to being a seminary graduate himself, Richards has also earned two Ph.D. degrees in historical theology and systematic theology from both American and German universities. He’s taught theology abroad in Asia and eastern Europe, including yearly trips to Ukraine that have since been postponed due to Russia’s invasion of the country.

Once Richards garnered support for starting the school from elders at Covenant Church, he set about making it happen. The process began by gaining approval for a religious exemption from the state. In addition to the religious exemption, Richards applied for and received 501(c)(3) nonprofit status for the school.

Richards said Charlotte Divinity School is recognized by the state to offer a certificate program, undergraduate and graduate programs. The school is working toward achieving accreditation, but Richards said that goal is likely several years away.

“The goal is to train people who are interested in ministry,” Richards said. “Not everyone who goes to seminary wants to be a pastor. I think it’s something like 50%, if that. A lot who go into the pastorate decide I don’t really want to do this. It really is a calling. A lot will go into teaching, that means usually they have to go to graduate school and get more education. Some might want to go into missions and there’s all different types of missions.”

Eventually, Richards said he’d like to have one central location where all classes will be taught.

More information about Charlotte Divinity School can be found online at https://charlottedivin.wpengine.com/, by emailing CharlotteDivinitySchool@gmail.com or calling 980-223-2446.