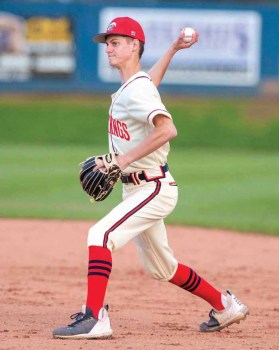 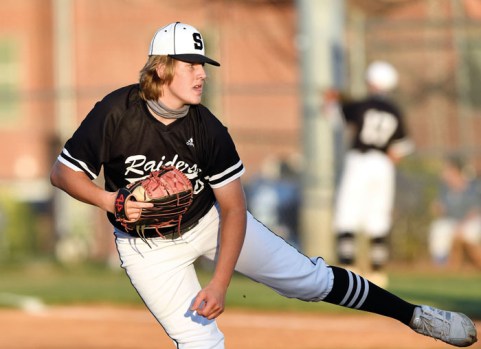 LANDIS — South Rowan’s baseball team held on for a 5-4 win against third-seeded West Rowan in a South Piedmont Conference semifinal on Tuesday.

The narrow victory by the Raiders (21-4) provided the championship matchup most people wanted to see. Second-seeded South will take on top-seeded East Rowan on Thursday at 7 p.m. for the championship. At stake will be the SPC’s top seed for the 3A state playoffs, and that will likely be the No. 1 seed in the 3A West bracket.

Cole Thomas pitched the seventh and earned a save, but it was a hard one.

Casey Gouge’s sac fly gave West starting pitcher a 1-0 lead in the third, but the Raiders scored four in the bottom of the inning.

A dropped third strike got the big inning started. Colton Fisher singled, and Kane Kepley’s single to right made it 1-1. After Kepley stole second despite a concerted effort to keep him close to the bag, Nathan Chrismon whacked a two-run single through the left side for 3-1.

Good base running got Chrismon to third, and he scored South’s fourth run on a Ty Hubbard single.

An error in the fifth pushed South’s lead to 5-1.

Gouge’s lead-off double triggered a two-run inning for the Falcons in the sixth to tighten things up, Thomas replaced Leffew on the bump for the seventh.

Third-seeded West (15-10) cut its deficit to 5-4 on an infield hit, walk and error. With two outs and runners at second and third, South walked West slugger Zander Burton intentionally.

Noah Loeblein was next and hit a flyball on the first pitch he saw. Center fielder Kepley made the catch, Thomas had his second save and the Raiders had another win.

West will be in the 3A state playoffs.

Carson put the ball in play against East ace Cameron Padgett (10-0), but Padgett only allowed two hits and worked around three walks. He struck out five.

Hayden Simmerson and Daxton Savage had the only hits for the Cougars (16-10), who will be in the state playoffs.

Aiden Schenck’s two-run single in the third inning was the key blow for the Mustangs (23-3).

East had a chance to break it open in the third, but with the bases loaded and no outs, Carson relief pitcher Mikey Beasley fielded a comebacker and started a 1-2-3 double play.

Beasley pitched brilliantly, got plenty of defensive help, and kept East at bay after entering the game.

Carson got back to 2-1, but Logan Dyer had an RBI single to right for an East insurance run in the sixth.

Second baseman Austin Fulk was the key defender for East with a running catch in foul ground and several charging plays on weakly hit balls.

Salisbury (14-10) led 2-1 going to the bottom of the fifth, but that’s when the Golden Eagles scored four decisive runs.

Jack Everson had two of Salisbury’s four hits, with Reed Fugle and Landon Tucker getting one each.

Burleyson struck out seven and pitched very well until the fifth.  Jackson Sparger finished up.

It may not be a season-ender for the Hornets. They’re on the bubble to get in the 2A state playoffs.

Davie lost an 11-10 slugfest to East Forsyth in the Central Piedmont Conference semifinals.

Drew Krause knocked in three for the War Eagles. Coy James reached base on all five plate appearances. Wesley Mason tripled and drove in two runs.