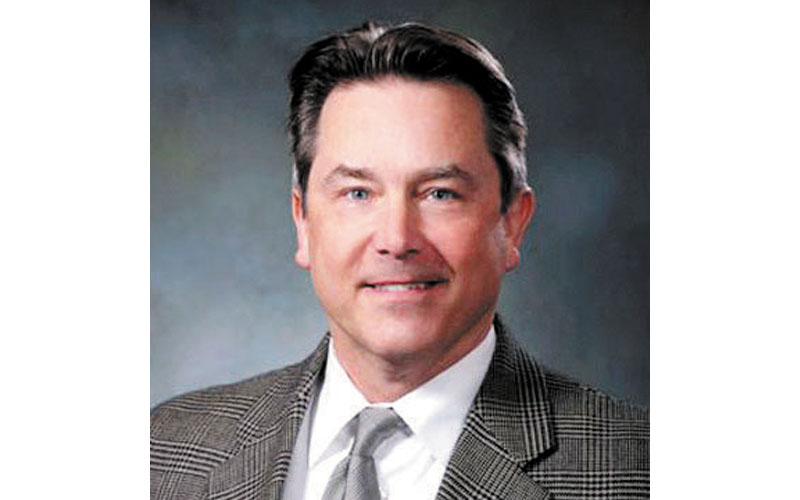 SALISBURY — During his 20 years as a District Court judge in Rowan County, Kevin Eddinger said he’s learned a thing or two.

“I am, after all of these years, very good at my job,” Eddinger said. “Of course I’ve made mistakes, but I truly avoid trying to make them twice. My judgment about things in District Court, I think, is reasonable.”

First elected as a District Court judge in 2002, Eddinger is seeking a sixth term. He is being challenged in the Republican primary by Chris Sease, a local attorney seeking the elected position for the first time.

Early voting started last week and the primary is on May 17.

Eddinger was born in Chapel Hill when his father was working his way through medical school. Eddinger’s father, raised in a town near Birmingham, Alabama, earned his medical degree despite having dropped out of school in the seventh grade to join the Navy. After obtaining his medical degree, Eddinger’s father moved the family to Rowan County — first to Granite Quarry and later to Spencer.

Eddinger graduated from North Rowan High School before setting off for Chapel Hill. With a natural inclination to subjects like history and English, Eddinger had his sights set on law school. Upon finishing undergraduate school at UNC, he earned his law degree from Wake Forest University.

For his first few post-graduate years, Eddinger worked as legal counsel for the department of agriculture under commissioner of agriculture and Cleveland-native James Allen Graham. Then, he returned to Rowan County and started a legal practice.

Eddinger said his general practice took on clients primarily focused on domestic, criminal and personal injury law. His courtroom experience as a lawyer, however, runs the “gamut” of district court.

“I really got a profound sense of satisfaction for what you could do for people,” Eddinger said. “You have an immeasurable sense of satisfaction if you can do some good for another human being and get paid in the process. That’s the reality of it. It’s hard work. I knew I was in the right place.”

He practiced law for 22 years before deciding to run for District Court judge.

“I had come to the conclusion that I could do the job, do it well and an open seat presented itself,” Eddinger said. “As soon as that happened, I knew I wanted to run.”

His first run was successful and Eddinger has held the seat ever since. Over the last two decades, Eddinger said he’s learned a great deal about how to oversee cases. Instead of adopting an “assembly line” approach to justice, Eddinger said he’s championed a more personal approach.

“I try to do the best I can with each and every individual,” Eddinger said.

Eddinger said showing compassion is not a weakness for a judge, but can help individuals who have made a mistake become productive members of society once again. His goal, Eddinger said, is to prevent people from reoffending if he can. While Eddinger said he attempts to search for the good in every person, he’s not afraid to dole out punishment when he can’t find it.

“I respect people until they give me a good reason not to,” Eddinger said. “My approach has been to try to look for good and if I can’t find any, then I get concerned.”

Eddinger said he’s learned how to dispose of cases in an efficient manager to avoid continuing cases for an unnecessary amount of time.

“I know when to say no, I think,” Eddinger said. “Particularly for people who are just trying to use whatever they can to delay the inevitable when it’s not in their best interest or the community’s best interest to delay things.”

Eddinger said he hasn’t lost perspective despite having been a District Court judge for two decades.

“The courtroom belongs to the community and they have temporarily entrusted it to me,” Eddinger said. “I don’t take anything for granted.”

Eddinger is a former president of the Piedmont Players theater group and assisted in the acquisition of the Meroney Theater. He was voted the favorite male actor of the decade for the Piedmont Players in the 1990s. Eddinger has teenage twins, Michael and Mia, with his wife Liana.