Biz Briefs: Rowan Chamber will host leadership speaker at Power in Partnership on May 19 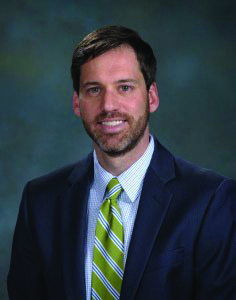 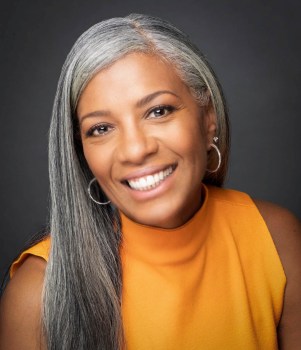 SALISBURY — The Rowan County Chamber of Commerce will host guest speaker Helen Little at its last Power in Partnership event of the season on May 19 at 7:30 a.m. at Trinity Oaks, 728 Klumac Road.

Little is a native of Rowan County and currently lives in New York City. She is a nationally recognized leadership speaker most notably for speech “Leadership Next: Be An Original.” She’s a media personality, writer, speaker, coach, model, meditation teacher and lover of life with a professional journey that has spanned over forty years.

Little launched her career at a radio station in Chapel Hill, while a student at the University of North Carolina. With experience in hand, she later joined the staff of WSTP and WRDX in her hometown of Salisbury. She now fills offices, homes and cars across the northeast as the midday personality for New York’s 106.7 Lite FM and is the most listened-to non-syndicated radio personality in the country.

Little can also be heard on the iHeartRadio digital network that serves millions and is home to The Public Library Podcast for which she is the creator, host, editor and producer.

Leadership Rowan Class No. 29 will graduate at the May PIP and the event is sponsored by Duke Energy.

The reservation deadline is May 17 by noon. The cost is $15 for members and $25 for non-members. The price includes the cost of breakfast and the program. Contact the Chamber for reservations at 704-633-4221 or info@rowanchamber.com or www.rowanchamber.com.

Whaley joined Healthcare Management Consultants in 2015 and is the director of tax services. Whaley received a bachelor’s degree from N.C. State University and a master’s of science in accounting from Appalachian State University. Whaley lives in Salisbury with his wife, Lauren, and their two children, Margaret and Banks.

Robert Little and Michael Patch, both of Salisbury, were named to the list.

A CPA licensure applicant must pass the Uniform CPA Examination and satisfy the state’s education, work experience and moral character requirements. CPAs licensed to practice in North Carolina must annually renew their license and complete at least 40 hours of Continuing Professional Education each year.

Communications were recognized for advertising and marketing, campaigns, electronic and publications. One award is presented to the highest scoring chamber in each of the four categories based on the following chamber sizes of under 700 members or over 700 members.

The Rowan County Chamber of Commerce won in the electronic category for chambers with over 700 members for hosting its 95th annual meeting and virtual Power in Partnership.

Entries were judged based on originality, design and quality and results achieved.  The entries reflected communication efforts taken or completed during the past 18 months.

Unemployment rates, not seasonally adjusted, decreased in 85 of North Carolina’s counties in March, increased in three and remained unchanged in 12. Hyde County had the highest unemployment rate at 8.7% while Orange County had the lowest at 2.4%. Fourteen of the state’s metro areas experienced rate decreases and one remained unchanged. Among the metro areas, Rocky Mount had the highest rate at 6.1% while Durham-Chapel Hill had the lowest at 2.8%. The March not seasonally adjusted statewide rate was 3.6%.

Rowan County’s rate was higher than those of its neighbors. Davie and Stanly counties both had rates of 3.1% and Davidson, Cabarrus  and Iredell had an unemployment rate of 3.2%.

When compared to the same month last year, not seasonally adjusted unemployment rates decreased in all 100 counties. All 15 of the state’s metro areas experienced rate decreases over the year.

The next unemployment update is scheduled for May 20 when the state unemployment rate for April 2022 will be released.

In North Carolina, Novant Health accounts for nearly 80% of the state’s facilities garnering this distinction with each of the facilities receiving perfect scores.

Novant Health continues to cultivate a diverse, inclusive and equitable culture by providing:

• Integration of a diversity, inclusion and equity lens into strategic business imperatives.

• A strong commitment to our mission by identifying and eliminating health care disparities to provide a remarkable patient experience and equitable health outcomes for all populations.

• Business Resource Groups, which are an important part of the diversity, inclusion and equity strategy. The BRGs are organized around a common identity such as age, race and ethnicity, religion, sexual orientation and gender identity, veteran status, etc.

This 15th anniversary edition of the Healthcare Equality Index marks the fifth year that participants received a numerical score based on their LGBTQ-inclusive policies and practices. HEI participants received scores in four criteria: foundational policies and training, LGBTQ+ patient services and support, employee benefits and policies and patient and community engagement.   The HEI continues to show incredible growth in the number of health care institutions that are embracing and adopting LGBTQ-inclusive policies and practices. A record 906 health care facilities actively participated in the survey.
For the fifth consecutive year, Novant Health has also been named as one of America’s Best Employers for Diversity by Forbes, ranking 242nd in the nation. Of the 500 employers who made the list, only 40 are hospitals and health systems, including Novant Health.
Forbes partnered with a market research company to create the annual ranking of America’s best employers for diversity. The list was compiled by surveying 50,000 Americans working for businesses from all industry sectors with at least 1,000 employees. Respondents were asked to anonymously rate their organizations on age, gender, ethnicity, disability and sexual orientation equality. Respondents belonging to minority groups were then asked to nominate organizations other than their own.
The top 500 list features employers that not only received the most recommendations, but also boast the most diverse boards and executive ranks and the most progressive diversity and inclusion initiatives.