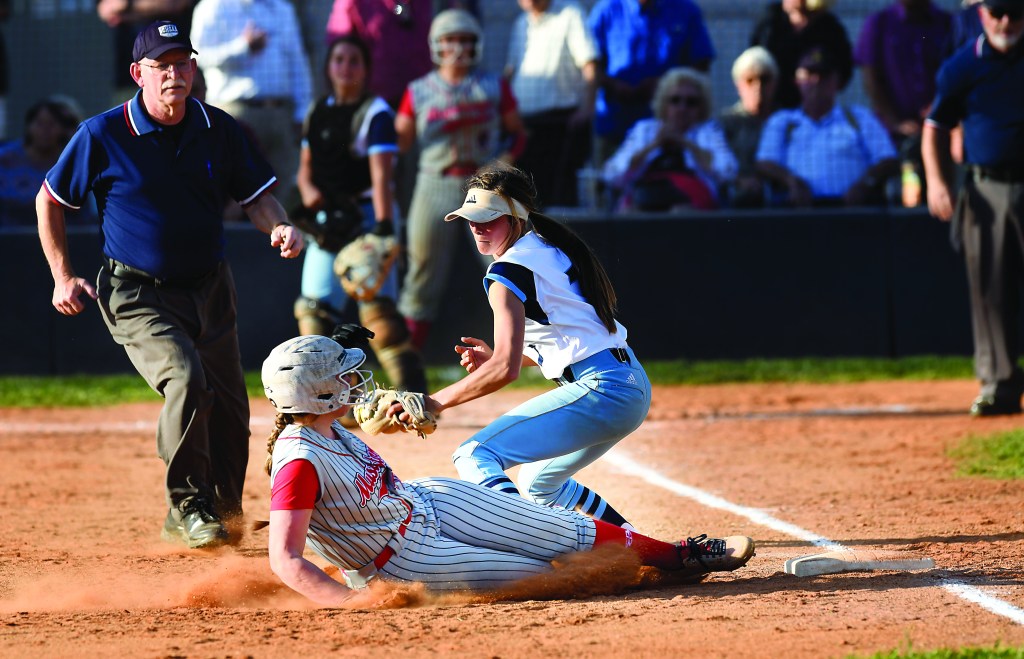 Emma Clarke stayed hot with three hits, including a homer. She drove in seven runs.

Carmen Freeze and Arabelle Shulenberger did the pitching.

Landry Stewart went 3-for-3 as Carson pounded Lake Norman Charter 17-3 on Friday and tied for third in the SPC.

Winning pitcher Phoebe Cole had three hits for the Cougars (12-10, 9-5) and drove in two runs.

• In a 12-2 non-conference win against A.L. Brown on Thursday, Stewart had three hits, while Cole, Addison, Kann and Laila Furr had two each.

Furr had three RBIs, Cole did the pitching.

East Rowan swept a doubleheader from Northwest Cabarrus on Friday.

In a 7-0 victory, two East pitchers combined on a shutout and Mac Misenheimer and Kady Collins had two hits.

In a 16-1 romp, Maddie Roberts, Kori Miller, Liberty Schroeder and Tiffin Jacobs had three hits each. Misenheimer had two hits.

Miller scored three runs and also knocked in three. The sweep lifted East (15-7, 9-5) into a tie for third with Carson.

Salisbury rolled 17-0 against North Rowan in three innings on Friday.

Katie Peeler pitched a no-hitter for the Hornets (7-12, 7-5) in the Central Carolina Conference game. She struck out five.

Campbell Schaen pitched Mooresville (19-3, 10-2) to a 5-0 win against Lake Norman on Friday for the Greater Metro Conference championship.