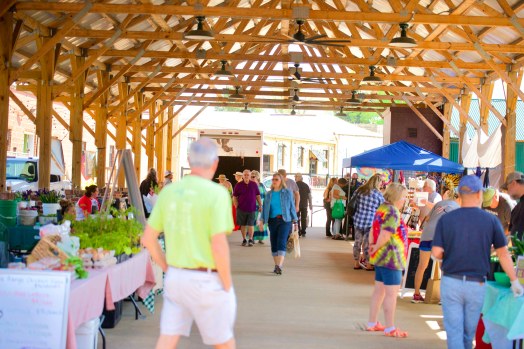 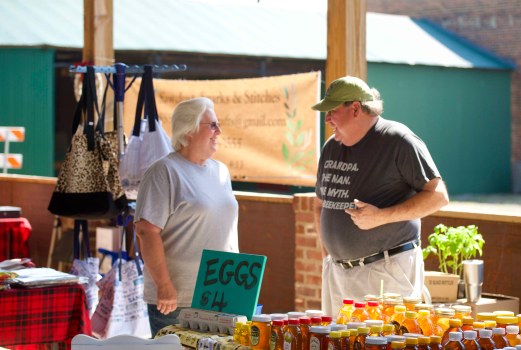 SALISBURY — After two years of making adjustments for the COVID-19 pandemic the Salisbury-Rowan Farmers Market is back in full swing.

The market opened April 16 and will be open every Saturday through Dec. 17. The market will be open 8 a.m. to noon until the fall when the opening time will be pushed up an hour.

This year’s market has a mix of crafts, produce, meats, honey, bread and more on offer from area farmers.

On Saturday, Market Chair Mike Miller said it feels like the the market is returning to normal, though the weather plays a big factor in the number of vendors and attendance on any given day.

“Honey has always been hard to get,” Miller said, adding local honey has been in short supply until recently.

Statesville beekeeper Terry Bell, who was selling his products at the market on Saturday, said it was difficult to sell his honey when markets were shut down. He sold some directly from his farm, but since markets reopened demand has been booming.

“Everybody and their brother have been looking for good raw honey,” Bell said.

Bell said people seem happy to be out at markets, and he is happy to see them. He was complimentary about the covered market space on East Kerr Street as well.

“It’s a wonderful place to sell honey,” Bell said, adding he is used to outdoor markets in Statesville.

Salisburian Hazjel Courtland and his wife have been coming to the market since the fall to sell their organic zucchini breads. Their business, All About the Bread, sells flavors like carrot, chocolate chip and coconut.

“We wanted to incorporate something that was healthy, like getting a dose of veggies, and you can eat it for a snack, dessert or breakfast meal,” Courtland said.

There was live music this Saturday and the market is bringing back kids’ activities. Market Manager Misty Fisher said the market plans to have an activity at least once each month. On Saturday, kids were planting zinnias.

“We’re just going to do some different things this year,” Fisher said, adding the market may have a cooking demonstration this week.

The market is planning to move further out onto the street and tightening the space between stalls to meet the demand for vendors as well.