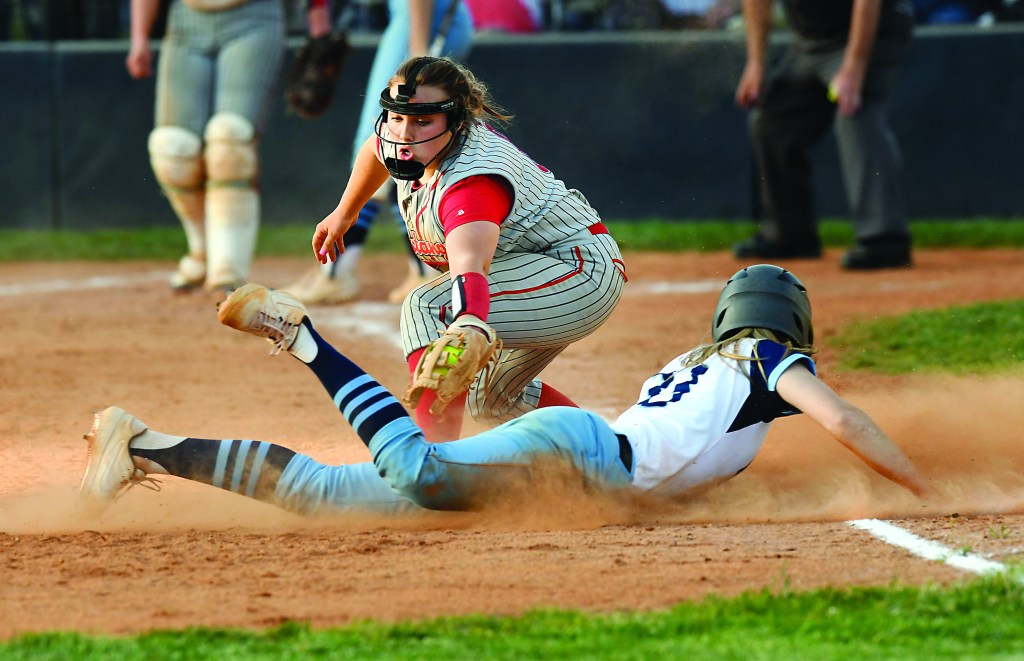 Kenadi Sproul and Ashlee Ennis scored four runs each for the Falcons. Carmen Freeze did the pitching.

West (12-4, 9-2) celebrated Senior Night and also honored the Falcons’ state champs of 20 years ago. Five of those ladies made an appearance, and Devon Williams Jarvis, MVP of the 2002 and 2003 3A state tournaments, threw out the first pitch.

Mac Misenheimer had three hits for the Mustangs (12-7, 6-5). Eleni Miller had a triple. Maddie Roberts had two hits and drove in two.

For more on SPC softball, see the story and photos in Sunday’s print edition.

Carson’s Lonna Addison struck out 13 and pitched a one-hitter to lead Carson to a 3-0 SPC win against South Rowan on Friday.

Peeler socked another one over the fence, while Dashia Canada sprinted around the bases for an inside-the-park homer.

Ella Trainor and Mallory Link went 3-for-3 in the onslaught. Riley Peltz had two hits, scored two runs and drove in two.

Davie is scheduled to play West Rowan on Wednesday.