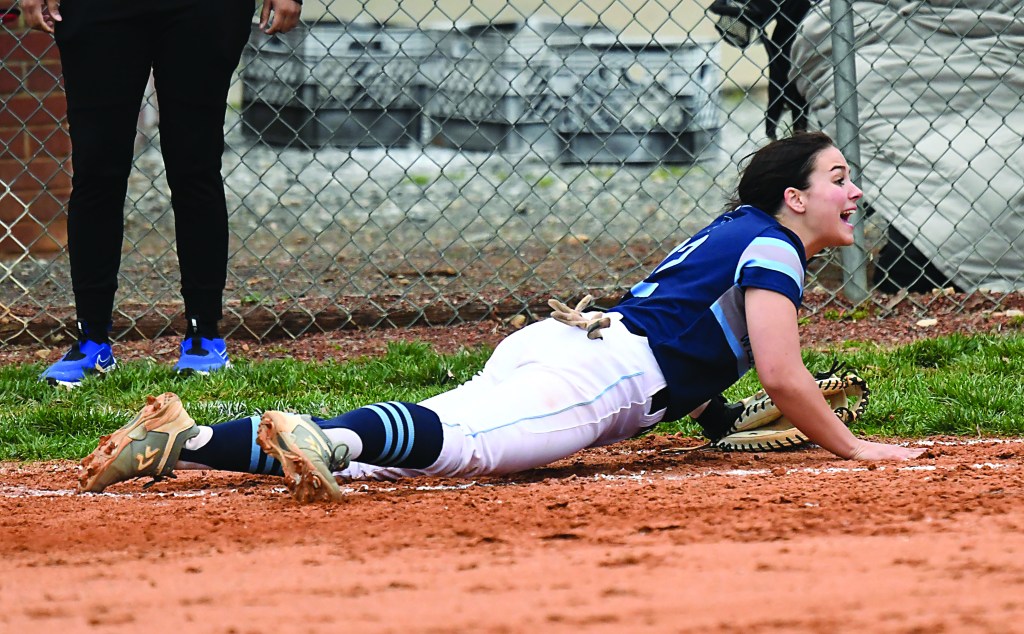 Mooresville, No. 2 in the RPI rankings for 4A West, won it, pounding out an 8-5 win against West Rowan. The Falcons are 11th in the 3A West rankings.

Ellie Goins and Emily Dudley homered for Mooresville (16-3), while Emma Clarke and Brooke Kennerly left the yard for the Falcons (11-4).

West got the first two outs quickly in the top of the second, but Mooresville strung together a series of hits and scored three runs to take the lead.

Dudley hit her home run leading off the fourth for the Blue Devils to make it 4-0.

Karsen Simpson’s RBI single put West on the board in the bottom of the inning.

Kennerly’s solo homer in the fifth cut Mooresville’s lead to 4-2, but the Blue Devils scored four in the sixth, including a three-run homer by Goins.

Ashlee Ennis and Kenadi Sproul got on base in the seventh, and Clarke followed with a three-run homer to make it 8-5, but Campbell Schaen retired the next three Falcons to end the game.

West had seven hits, with EA Nance and Simpson getting two each.

Mooresville banged out 13 hits, with Goins and Dudley getting three each.

Schaen struck out eight for the Blue Devils.

Arabelle Shulenberger pitched into the sixth for the Falcons. Carmen Freeze got the last four outs.

The Knights stayed close in the early innings, but South got five runs in the fifth to win by the 10-run rule.

South (10-8, 5-6) is fifth in the eight-team SPC, which has four really good teams, but still has its basic goals intact entering the stretch run. That’s a winning season and a playoff berth.

South is ranked 26th in RPI in 3A West. There will be a 32-team playoff bracket.

There are tough SPC games left for the Raiders with Carson and West Rowan, but there’s also a game against Northwest Cabarrus that the Raiders will be favored in.

The future looks good. Freshmen Carmen Thomas and Kynlee Dextraze lead the team in RBIs, while Ritchie has done most of the pitching.

Salisbury actually led 3-2 going to the fourth inning, but the Golden Eagles pushed across four  runsin the fourth to take charge, and then plated eight in the fifth to make it a 10-run rule game.

Ellen Yang stayed hot with a 2-for-2 effort that included a double.

Katie Peeler had a triple and scored two runs. Caroline Cozart had a double.

Salisbury has four CCC games left against Lexington, North Rowan (2) and South Davidson and still has a chance to finish strong.