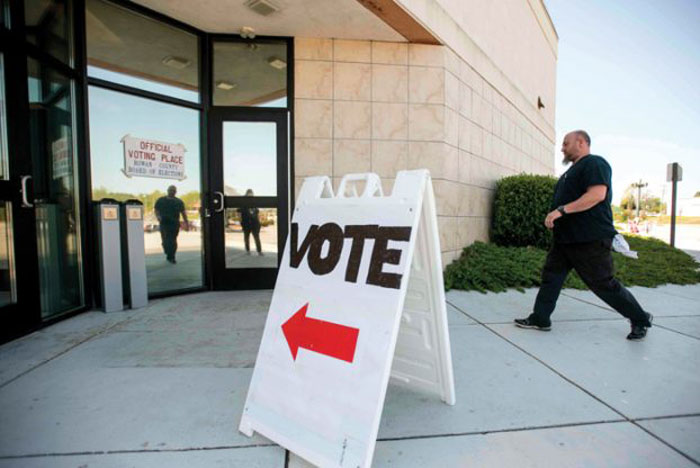 SALISBURY — The Rowan County Board of Elections approved its first batch of returned absentee by mail ballots Tuesday for the 2022 primary election.

As of Monday, the board has received 185 requests for absentee by mail ballots, with more trickling in on Tuesday. During its meeting, the board approved and tabulated 12 absentee by mail ballots that have been returned, all from civilians. Executive Director Brenda McCubbins said none of the ballots were incomplete or pending any cures, which can occur when certain information like witness signatures is missing.

Absentee by mail voting is currently underway. Such ballots can be obtained at the Board of Elections office in-person at 1935 Jake Alexander Boulevard West or by visiting www.rowancountync.gov/Elections. They can also be filled out by visiting votebymail.ncsbe.gov/app/home. Absentee by mail ballot requests must be made no later than 5 p.m. on May 10.

The primary election is May 17, with early voting in Rowan County beginning April 28 and spanning until May 14.

The deadline to return civilian absentee by mail ballot is 5 p.m. on May 17. The container-envelope with the enclosed ballot must be returned to the county board of elections office, not an Election Day polling location. Such ballots received after that deadline will only be counted if they’re postmarked on or before Election Day and received no later than 5 p.m. on the Friday after the primary election. Ballots without a postmark must be received no later than May 17 to be counted.

Also at the meeting, the board approved its list of one-stop workers who will assist with early voting. The Board of Elections is scheduled to meet again on April 26 at 12:30 p.m.