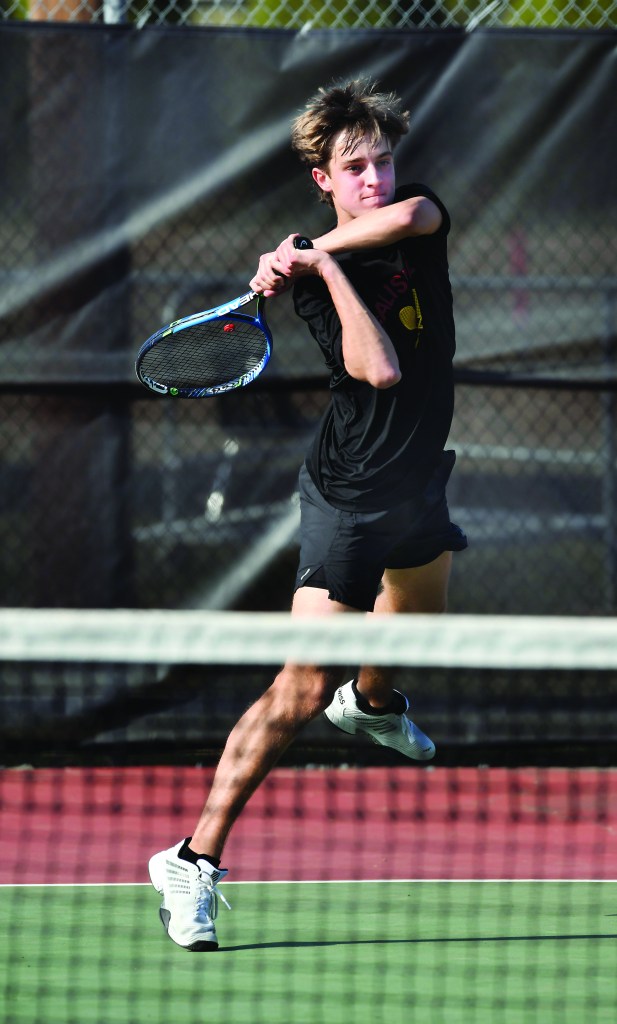 Salisbury's Will Koontz. Photo by Wayne Hinshaw, for the Salisbury Post

DENTON — The 1A/2A Central Carolina Conference Tournament held Tuesday (and today) is a qualifier for the boys tennis regionals.

With a split league, there are 1A and 2A brackets, with separate competitions.

Thomasville and Davidson competed in 1A. North Rowan didn’t have a team this season.

Williams/Hlavacek won 6-2, 6-2 against East Davidson’s Zach Tooley and Mason Hilbourn and 6-1, 6-4 against Lexington’s Aidan Guerra and Mauro Alfaro-Ramos to reach the final.

The Mustangs got a doubles win from Owen Kesler/Blake Mathews.