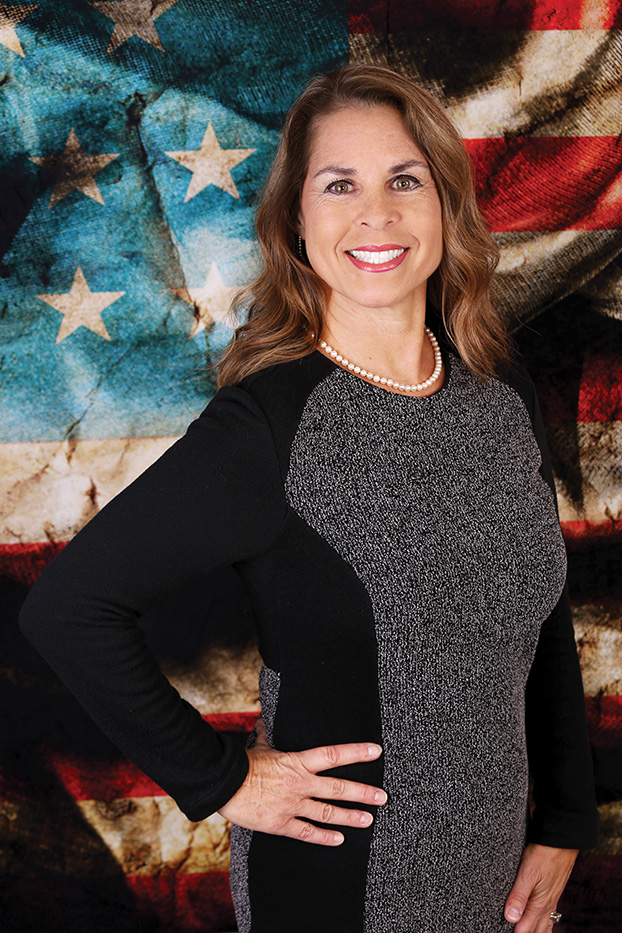 SALISBURY — Working as a child protective services attorney for Rowan County over the past 17 years, Cynthia Dry has dealt with cases that are hard to stomach.

“The less serious cases I usually don’t hear about because those are taken care of with in-home services and (Department of Social Services) helps the family, works with the family so those don’t come to me,” Dry said. “I only see the most serious, most egregious neglect and abuse cases.”

Relying on her faith, family and personal background, Dry has managed secondary trauma and continued to represent child victims in those cases in court. Dry believes that dealing with those cases combined her previous experience as an assistant district attorney and her time spent as a teacher have prepared her to serve as a district court judge in Rowan County.

“In devoting my entire life to public service, I am uniquely qualified to take it to that next step which is to make good decisions in tough cases,” Dry said.

Dry is running against fellow Republican and attorney Lauren Hoben to fill the seat of retiring Rowan County District Court Judge Charlie Brown. Early voting starts on April 28 and the primary election is scheduled for May 17. The deadline for registering or changing party, name or address is Friday. More information is available at rowancountync.gov/191/Elections. Forms must be hand delivered to the Board of Elections office at West End Plaza by 5 p.m. or postmarked on Friday and delivered by Wednesday, April 27.

Dry was raised in neighboring Davidson County, but she remembers visiting Rowan County often as a child to go to the doctor, splash around in Granite Lake or spend an afternoon at Dan Nicholas park. She graduated from Greensboro College with a double major in English and education and taught middle school language arts for two years.

While she loved teaching children, Dry started to consider other career paths. She was pondering a pursuit of a career in broadcast journalism before eventually deciding to enroll in law school at the University of North Carolina at Chapel Hill. Dry remembers law school being grueling, but enjoyed being involved in various clubs and organizations such as moot court.

Outside of studying and extracurriculars, Dry also worked to support herself. Dry attributes her work ethic to her father, who was a machinist.

“I had to put myself through law school, working several part-time jobs along the way in both undergrad and law school,” Dry said. “So, I appreciate hard work and honest earnings.”

After law school, Dry started off as an assistant district attorney in Davidson County. She was hired for the same position in Rowan County by former Rowan District Attorney Bill Kenerly.

“I worked in all different areas of court as a prosecutor: administrative court, district criminal court and superior court jury trials,” Dry said. “I prosecuted lots of jury trials, all kinds of different charges.”

While working as a prosecutor, Dry said she developed a passion for seeking justice for young victims. She applied to be a child protective services attorney for Rowan County’s Department of Social Services and in 2005 was hired for the job.

With the safety of children in mind, Dry makes evidence-based decisions whether to bring a case of abuse, neglect or another similar charge to trial. She files custody paperwork, prepares court orders and represents child victims in court, among other duties.

To balance out the serious nature of her daily job, Dry said she exercises regularly and spends as much time as possible with her husband, Charlie, and daughter, Jordan. Dry said she is also very involved at Grace City Church in China Grove.

She credits her faith for inspiring to run for district court judge, a position she’s long been interested in pursuing.

As a district court judge, Dry said she would support current District Court Judge Beth Dixon’s efforts to make Rowan County a family court jurisdiction. The change would essentially pair a district court judge who has some expertise in family law with a family, as opposed to the family’s case being heard by whatever judge happens to be on the schedule when the case comes up in court.

Establishing a family court jurisdiction would not be easy, Dry said. It would require cooperation from the courthouse, sheriff’s office, clerk of court’s office, district attorney’s office and other stakeholders.

“It’s a pretty big deal to start any kind of new court,” Dry said. “But I know there is some interest and some work behind the scenes already.”

If elected to the bench Dry said she would also work to cut down on the backlog of cases by limiting continuance motions — a postponement requested by one of the parties involved.

“What judges can do to help is continue to really manage continuance motions and only allow continuances when absolutely justified and warranted, trying to keep those cases moving and realizing that there is a backlog COVID has created,” Dry said. “… It’s important to hold people responsible for being in court, being in court on time.”

Dry said she would consider every case on its own merits and give everyone a fair hearing. She is proud of the respect she gives to both sides of a case.

“Even though I prosecuted a person and sent him away for a long time, or was instrumental in making sure he was held responsible for his crime, I did it with respect, I didn’t demean the person,” Dry said. “When you get praise from the opposite side of the fence that you’re on, it means a lot. That’s one reputation I have for always being respectful to law enforcement, to victims and to the accused.”

A “constitutional conservation,” Dry is a member and past chair of the Community Child Protection Team and has also served on the J.F. Hurley YMCA board.