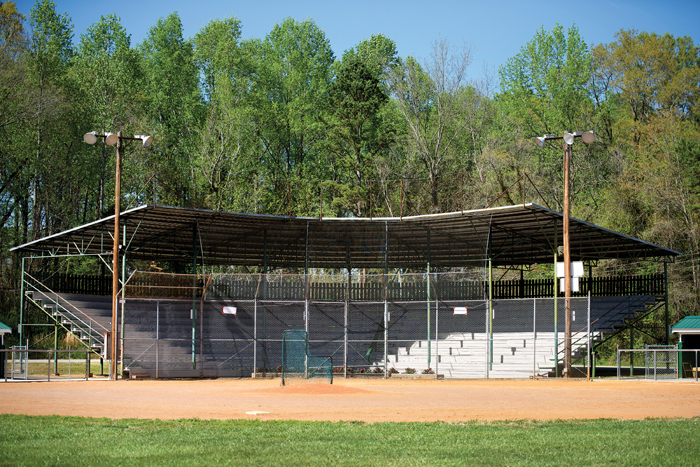 Carl Blankenship/Salisbury Post - Most of the structural and cosmetic work inside the ballpark has been finished. The nonprofit plans to add irrigation to the facility.

SPENCER — A fundraising push for Eighth Street Ballpark is racing toward its goal for the first phase of improvements at the historic park.

Friends of Eighth Street Ballpark’s Rusty Miller said the the organization has raised more than $30,000 counting a recent donation directly to the town. The organization’s phase one goal for the project is $53,000

Work has been underway at the park for the past two months. Most of the repairs and cosmetic improvements are finished, but Miller said sanding and painting the grandstand structure, an expensive part of the project, still has to be done, as well as adding irrigation, roofing repairs on the concession and restroom building.

“The place is really looking good,” Miller said. “We’re getting a lot of positive feedback.”

After phase one fundraising and work is wrapped up, the organization plans to start a capital campaign to raise $150,000 for phase two, which would pay for new lighting and a paved parking lot.

Friends of Eighth Street Ballpark recently received its official nonprofit status from the federal government. Miller said the organization registered with the state as a nonprofit and was given a federal nonprofit ID number, and the final part of the process was to receive a letter of determination from the Internal Revenue Service.

“The fact that we’ve already gotten that is a blessing,” Miller said. 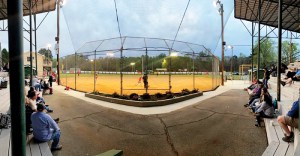 Submitted photo – A view from the grand stands during a game at Eighth Street Ballpark.

Miller credited an initial story published by the Post in February for drawing attention to the project.

Earlier this month a group of managers from Sunbelt Rentals came to the park to provide volunteer labor for the improvements. The group heard about the project through the story. Chandler Concrete has also donated materials and local contractors have provided labor.

The project got a big boost last week when the Spencer Board of Aldermen accepted a $10,000 private donation for the park.

The project was also included on the town’s regular public works report. Public Works Director Joel Taylor told the board a guy wire extending from a power pole into the outfield has been removed.

Mayor Jonathan Williams said the wire has been an issue for years.

“We thought it would take an act of Congress, and Joel got it done,” Williams said.

The park is more than 80 years old and a local host for Cal Ripken youth baseball. The nonprofit is planning a celebration at the park in June for donors, league sponsors and alumni. That will include an alumni softball game.

For more information or to donate, email friendsof8thstballpark@gmail.com .