‘Feels good to be back around military folks’: Veterans happy to see social center open 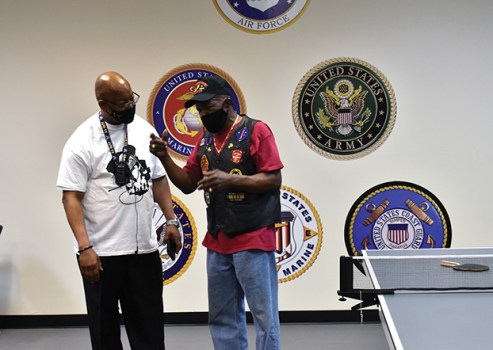 Two veterans talk while standing next to a ping pong table in the newly opened Veterans Social Center. The center is stocked with interactive games that encourage veterans to communicate. Ben Stansell/Salisbury Post 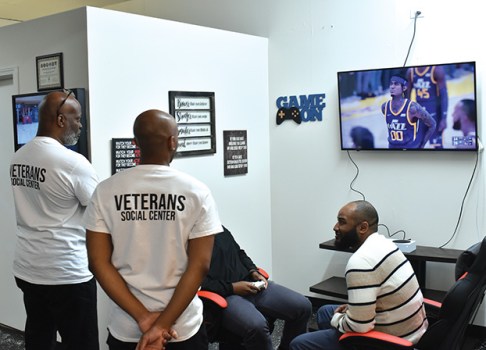 It didn't take long for people to gather around a gaming console at the Veterans Social Center after the center's ribbon cutting. The goal of the center is to draw in a younger group of veterans who served in conflicts like the Gulf War. Ben Stansell/Salisbury Post 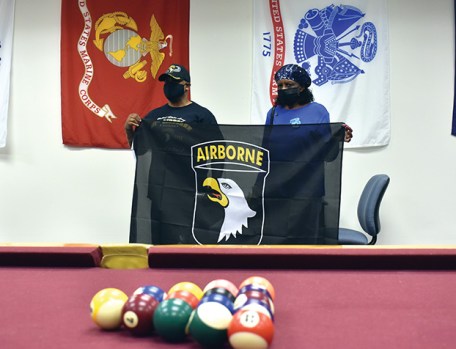 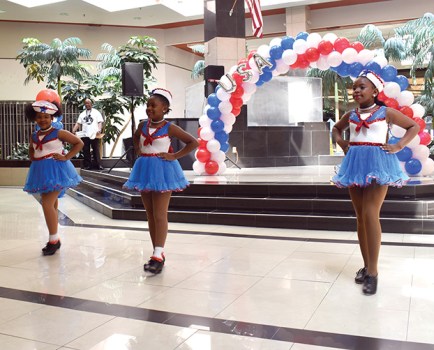 SALISBURY — Steven Hines first learned how to take a trick or two when he was serving as a military police officer in Kuwait.

Hines was deployed with other Army soldiers during the Gulf War in the early 1990s. While in Kuwait, a military buddy taught him how to play Spades. The simple card game was a popular way for soldiers to pass down time.

Hines plans on using what he learned back then to take a few tricks at the brand new Veterans Social Center at West End Plaza. The center is stocked with games of all kinds, from an Xbox console to chess boards. There is also knitting equipment, magazines and books. All of the activities are designed to bring veterans together, especially those who might not have had a place to gather before.

That was the vision Kenny Hardin, founder of the nonprofit The High Road, Inc., pitched to the Rowan County Board of Commissioners in January when he asked for space at the former mall. And it was the vision that came to life on Saturday afternoon when the Veterans Social Center held its grand opening.

“I want interaction, I want engagement,” said Hardin, a veteran himself. “What we want to focus on is those individuals who might be missing. Panama from the 1980s up through the Gulf War, Desert Storm, Iraq, Afghanistan, some of those individuals are not part of the equation all the time, but they’re still our brothers.”

The center is located in the former site of Tsunami Development Literacy Program, not far from the Rowan County Veterans Services office.

The front half of the center features a ping pong, billiards and foosball table and the walls are covered in military flags. A short hallway lined with military uniforms leads to the back half of the center, which has a gaming alcove, a coffee and pastry area and a 55-gallon fish tank. Hardin thanked a laundry list of individuals and organizations for donating various items or money to make the center possible.

After a ceremony and ribbon cutting, veterans were invited to check out the center. Keith Holland was impressed by the games and military decor, but what he liked most was the feeling the center gave him.

“It just feels good to be back around military folks,” Holland said.

Even though Holland served in the Navy, he hasn’t always felt like a veteran.

Holland was just 16 years old when he got into some trouble and his mother signed for him to enter the armed forces. Holland was assigned to the USS Carl Vinson and created graphics as an illustrator/draftsman. After about four years of service, Holland got into some trouble and decided to leave the military with an other-than-honorable discharge.

“I did a lot and accomplished a lot, but a series of mistakes curtailed all of that,” Holland said.

At the time, Holland didn’t understand that a discharge of that classification meant he wouldn’t be eligible for many of the benefits veterans receive. Now, he can’t even receive treatment from the Salisbury VA.

“(As a teenager) you make mistakes, but you shouldn’t have to carry those things all your life,” Holland said. “I did serve.”

Like many veterans, Holland has tried recently to have his discharge reviewed and upgraded. He hasn’t had any luck.

When he heard about the Veterans Social Center opening, he decided to stop by and check it out. The center has given Holland a renewed sense of hope for eventually succeeding in having his benefits restored.

“I need knowledge and information and there’s a wealth of it walking around here,” Holland said. “For whatever you went through, there’s stress and anxiety. I don’t really have anybody around me who has an inkling of what military life was like. So, this is going to be a good venue.”

While Holland’s military service came early in his life, Billy Allison’s came later. Allison was deployed when he was 46 to fight in Desert Storm, the combat phase of the Gulf War. Decades older than some of the soldiers he was serving with, Allison said he tried to be a father figure in their lives.

Allison drove a truck carrying troops and supplies from ports to the front lines. During one trip, a member of his company drove recklessly and collided head on with another military vehicle. Allison watched the fatal crash unfold.

Allison said it’s nice to have a place now where veterans like him can come to talk about their experiences, or to forget them.

“It’s something a lot of veterans need to get away,” Allison said.

Hines sees the center as a place where veterans can come for a different kind of therapy.

“A lot of us deal quietly with PTSD (Post-Traumatic Stress Disorder),” Hines said. “Instead of just sitting in front of a therapist talking all day, we get the chance to come and shoot pool and talk about our military lives.”

Hardin is still raising funds to help with the continued operations of the center.

Those interested in making a monetary donation can do so by mailing a money order made payable to The High Road, Inc., to P.O. Box 3101, Salisbury, N.C. 28145. Donations can be made directly to the GoFundMe campaign at www.gofundme.com/f/the-veterans-social-center or via PayPal on the nonprofit’s website at https://hardingroupllc.com/.

The center is located inside West End Plaza at 1935 Jake Alexander Boulevard West.