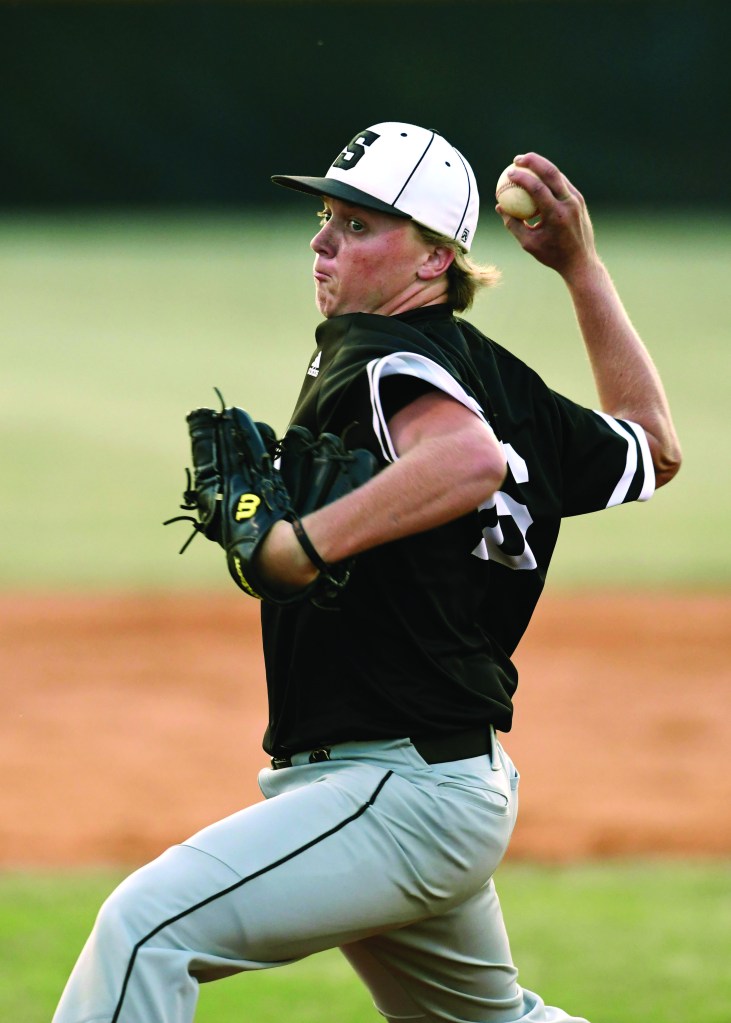 KANNAPOLIS — South Rowan used a stellar pitching performance by Chandler Oddie to beat Hickory Ridge 1-0 on Friday in the opening round of the F&M Bank Cannon Ballers Invitational at Atrium Health Ballpark.

Oddie, who is headed to Catawba Valley Community College, worked 6 2/3 innings, throwing 74 pitches. He walked two and struck out one. Noah Washburn got the last out for the Raiders (13-3) to earn his second save.

Oddie (3-0) won a pitching duel with Garrett Pyne, who struck out five and limited South to three hits.

Coleman Overcash had a run-scoring single for South in the second.

The annual Easter tournament has returned to Kannapolis after missing the 2020 and 2021 seasons due to COVID.

South plays in the 4 p.m. semifinal today against Wesleyan Christian Academy (14-4) from High Point. WCA rolled 12-1 against Concord in the early game on Friday.

Carson used an eight-run third and a 10-run fourth to bury A.L. Brown 20-1 in a first-round matchup.

Hayden Simmerson had two hits, including a triple, and drove in three runs.

Keegan Barger was 2-for-2 and scored two runs. Hunter Burris was 2-for-2, drove in two and scored four. Cameron Burleyson had two hits and two RBIs.

A.L. Brown will play in the 1 p.m. consolation bracket game against Robinson.

West Rowan and East Rowan are playing in Union County’s Easter Tournament, which is being held at four high schools.

Catawba will try to salvage one game in the series today at 1 p.m.

The Kannapolis Cannon Ballers lost 3-1 on the road at Down East on Friday, but they’re still off to a 5-2 start.

Owen White (Carson) turned in a terrific start on Friday for the Hickory Crawdads. White pitched five scoreless innings with eight strikeouts and one walk. He allowed two hits in a no-decision.

Ike Freeman (East Rowan) pounded a pair of two-run homers in Triple A on Thursday to spark the Columbus Clippers to an 11-5 win against the Syracuse Mets.

Too dusty: NASCAR working on visibility at Bristol