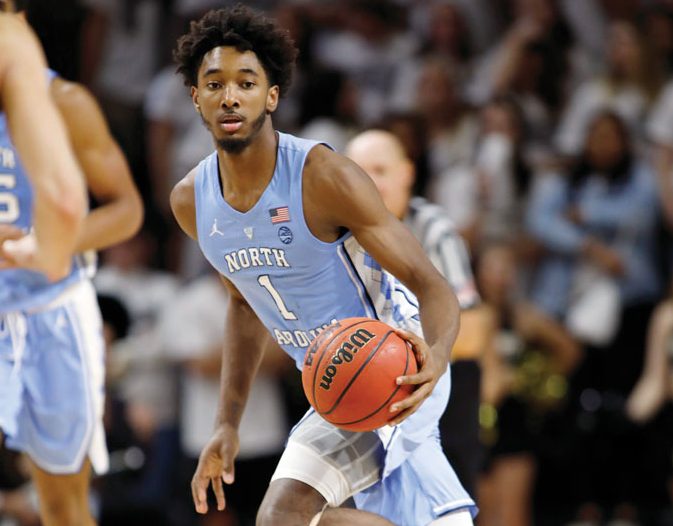 North Carolina wing Leaky Black is returning for a fifth year available due to the COVID-19 pandemic, providing another boost to the Tar Heels after their improbable run to the NCAA championship game.

The 6-foot-8, 200-pounder from Cox Mill High School in Concord announced his decision to return Friday in a social-media video. The NCAA in October 2020 granted basketball and other winter-sports athletes in Division I an additional year of eligibility if they competed during the 2020-21 season.

Black is the team’s top defensive player, capable of defending multiple positions. He averaged 4.9 points, 4.3 rebounds and 2.7 assists as a full-time starter.

“He’s the best defensive player in the country,” UNC coach Hubert Davis said in a statement. “His commitment, leadership and personality are what keeps this team so close.”

Black’s decision comes two days after big man Armando Bacot said he’s coming back for his senior season instead of leaving to pursue a professional career. While floor-stretching big man Brady Manek will depart, Black and Bacot are set to join guard R.J. Davis as returning starters from a No. 8 regional seed that reached the NCAA final before falling to Kansas.

That core could grow stronger depending on the future plans of sophomore Caleb Love.

A potential second-round NBA draft prospect, the 6-4 guard averaged 15.9 points with fearless and game-changing scoring potential — most notably with his 27 second-half points against UCLA in the Sweet 16 and 28 points against Duke in the Final Four.