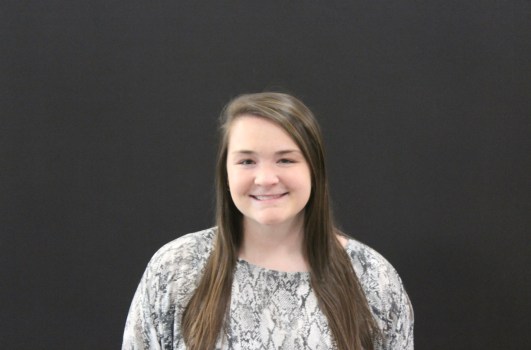 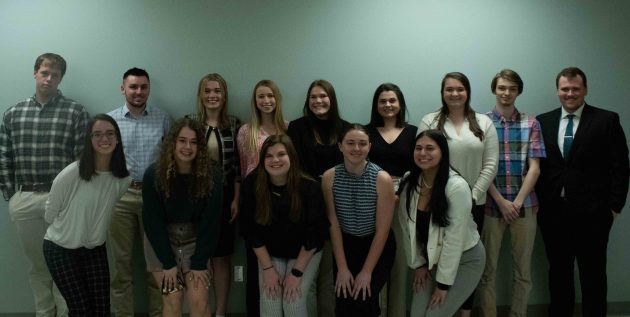 SALISBURY — Mary McCullough, a Salisbury High School graduate, is among a group of Appalachian State University students who created an immersive club for students interested in law careers.

McCullough is vice president and a co-founder of the Appalachian Mock Trial Club. The club was founded last semester though the idea started last spring.

McCullough said many students in Appalachian’s Government and Justice Studies Department are pre-law. She said some of the students in the department wanted a club opportunity, so they worked with a faculty adviser to get one approved by the university.

“We’re a bunch of future, wannabe attorneys, and we got together and we were like ‘we’re going to pretend to be attorneys until we are real ones,’ ” McCullough said.

The club is affiliated with the American Mock Trial Association. Each semester the club buys a case from the association that is full of affidavits, exhibits and evidence. The club has opted to take criminal cases.

“Criminal is a little more fun than civil,” McCullough said, adding one trial per semester is a lot of work but the students like to be over achievers.

This semester’s case involves a complicated murder charge. A hockey player is charged with murder after a fight with another player ended in death. McCullough said there are underlying facts in the case like an aneurysm that create a more complicated scenario than a death from falling on the ice.

Last semester’s trial was about a kidnapping case.

The club may eventually start taking one trial each year so it can properly prepare and compete against other mock trial clubs.

The students split up into prosecution and defense teams. Each semester the teams work with local mentor attorneys in Boone as well. They meet several times a week to prepare and handle pre-trial proceedings.

McCullough has taken on leadership roles in both trials so far. Last semester she was the lead prosecutor and this semester she is the lead defense attorney. She is in charge of the other student attorneys under her, the witnesses and helping others with direct and cross examination.

“It’s a lot, but it doesn’t really bother us because we absolutely love it and we’re learning, too,” McCullough said. “This is going to be the best experience we can have before we go to law school.”

There is another Rowan County connection in the club: Judge Charlie Brown presides over the trials.

Brown, who plans to retire at the end of the year, makes the trip up to Boone to sit for the trials hosted at Watauga County Courthouse. The trials are open to the public and this semester’s trial will begin 10 a.m. on April 30.

McCullough interned with a local attorney in Rowan County this past summer and spent several days in the courtroom with Brown. She also knows Brown’s family and said he was asked to be part of the mock trials because he is a good teacher.

“I knew that having him come preside over our trial would be the best because he is going to take it super seriously and help us learn,” McCullough said. “I know he would stop the trial if we did something wrong and he is going to educate us and tell us what we did wrong.”

Brown gets all the case materials and reviews case law like he would for a real case as well.