With demolition of Eaman Park underway, firefighters use vacant buildings for training 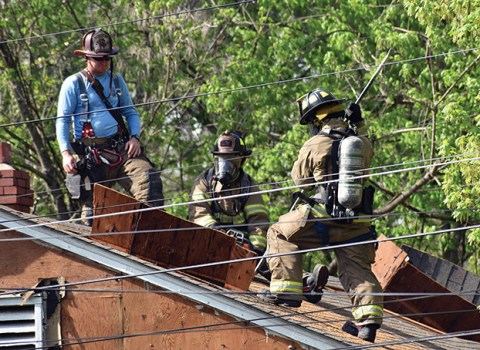 Firefighters work to cut ventilation holes in the roof of a building destined for demolition. Ben Stansell/Salisbury Post 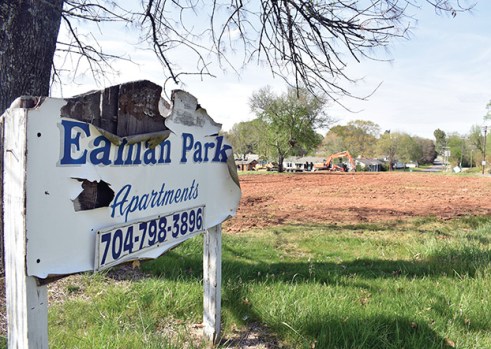 The sign for Eaman Park Apartments may still be standing, but the buildings once behind it are now gone. Ben Stansell/Salisbury Post 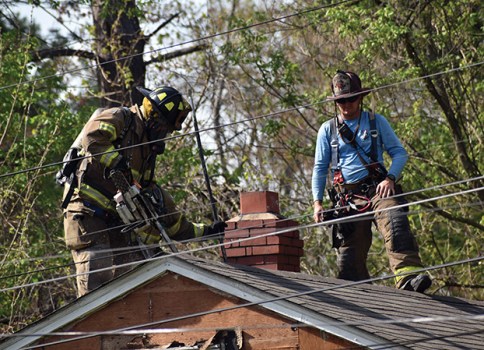 A firefighter uses a chainsaw to cut through the roof. Ben Stansell/Salisbury Post 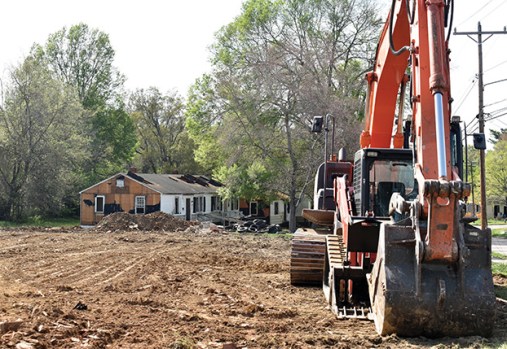 While several apartment buildings have been reduced to rubble, there are still some awaiting demolition. Ben Stansell/Salisbury Post

SALISBURY — An empty field scattered with some debris is what remains of buildings that once stood behind the Eaman Park Apartments sign on Lincolnton Road. Demolition is underway, but not complete, on the apartment complex located near Salisbury High School.

The Salisbury Community Development Corporation purchased the property with the intention of clearing the buildings out and developing a new residential community. Residents of Eaman Park vacated several months ago and an environmental assessment was completed on the buildings.

The group of apartments closest to Lincolnton Road have been leveled but several buildings still remain. The Salisbury Fire Department is using the vacant, dilapidated structures for training. On Wednesday afternoon, firefighter trainees practiced cutting vertical ventilation holes in the roof of one building. The tactic is used during fires to relieve smoke buildup, among other reasons. Local fire departments often use buildings set to be destroyed for training. Firefighters responded to a real fire at the complex several weeks ago and were able to extinguish the blaze.