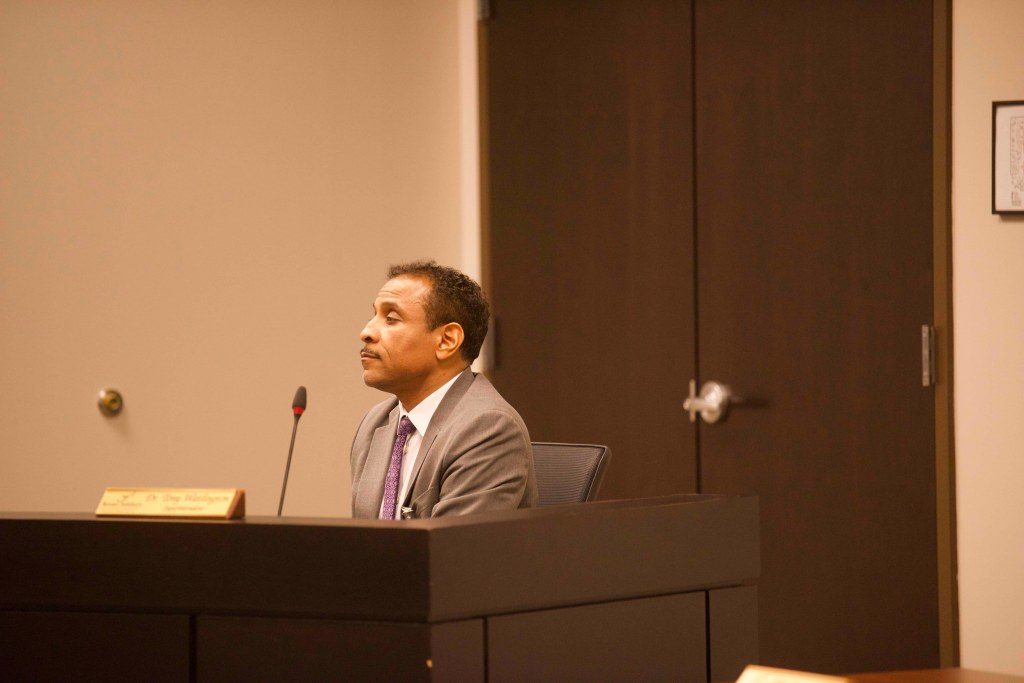 SALISBURY — Rowan-Salisbury Schools Superintendent Tony Watlington announced he will resign effective Friday ahead of starting his new position as Superintendent of Philadelphia’s public schools in June.

Watlington made the announcement at the end of the RSS Board of Education’s Monday meeting. He was named as the next superintendent in Philly on April 1. During an announcement press conference he said he was going to “finish strong” with RSS.

“The board and I have mutually agreed upon this decision,” Watlington said, and thanked the board for the opportunity to announce his resignation during the meeting.

RSS Board Chair Dean Hunter said the board had conversations that concluded it would be in its best interest to move forward immediately. The board met in closed session for nearly two hours at the beginning of the meeting.

“Of course he is making a pretty big transition to go to another state,” Hunter said. “It will give him the opportunity to find housing and meet people.”

Hunter said Watlington told the board he will be at their beck and call if they need him.

Watlington said he will continue to consult with the board and Gardner through June so “no balls get dropped.” During his public comments he said he will work with whoever is selected to fill his role to “ensure a smooth transition.”

Watlington said he did not take his assignment with RSS, noting it is the only renewal district in the state, lightly. He called back to the district’s improved growth and literacy ranking in the past year.

“I also want to say a special thank you to all of our community members who participated in the development of our strategic plan,” Watligton said.

Watlington started with RSS in January 2021.

Several board members commented publicly after Watlington made the announcement and they were all complimentary.

Hunter said he supports Watlington and praised his dedication.

Vice-Chair Alisha Byrd-Clark said she was honored to be part of hiring the district’s first Black superintendent. She said the district is blessed to have had Watlington but unfortunate it is losing him to another district.

“This has been one of the most fortunate and unfortunate situations,” Byrd-Clark said.

Board member Travis Allen described the search for a superintendent as difficult and eye-opening. He said he remembers how impressed he was with Watlington during his first interview because of his mannerisms and sincerity.

“I think that’s the most important thing I’ve noticed about you is your sincerity,”Allen said.

Lynn Marsh said it was a pleasure knowing him during her brief time on the board.

“I know you’re a man of high integrity,” Marsh said, adding she appreciates the work he has done to make schools safer and more inviting. She said the district’s loss is Philadelphia’s gain.

Jean Kennedy said she was impressed with his enthusiasm from the first time she met him and convinced he came to the district because he was excited to be there.

“That has stuck with me for the period that you’ve been with us,” Kennedy said. “I have seen growth in our staff. I have seen a change in the opinion of the community about whether or not you could do the job as your presence in the community has been well established.”

Kennedy said she spoke to a retired principal about him leaving the district recently.

“She said ‘I hate to hear that,'” Kennedy said.