CHINA GROVE — Police have identified the victim and a suspect involved in a deadly shooting that occurred China Grove on Saturday.

Deontae J. Sanders Jr., 21, of Salisbury died after sustaining multiple gunshot wounds. Officers responded to a reported shooting at about 6:50 p.m. and found Sanders lying in the street at the corners of 3rd Avenue, Elm Street and Bostian Road. Paramedics attempted to resuscitate Sanders, but he succumbed to his injuries at the hospital.

Police are searching for 21-year-old Jakari Gardner of Salisbury for his involvement in the homicide. 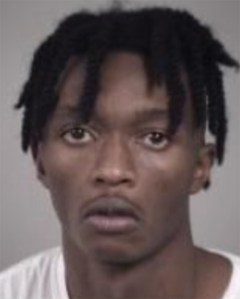 Anyone with information in reference to his whereabouts or the homicide are being asked to contact Detective Watkins at 704-857-7755.

Editor’s note: This story has been updated since its initial publication to reflect the correct street names.