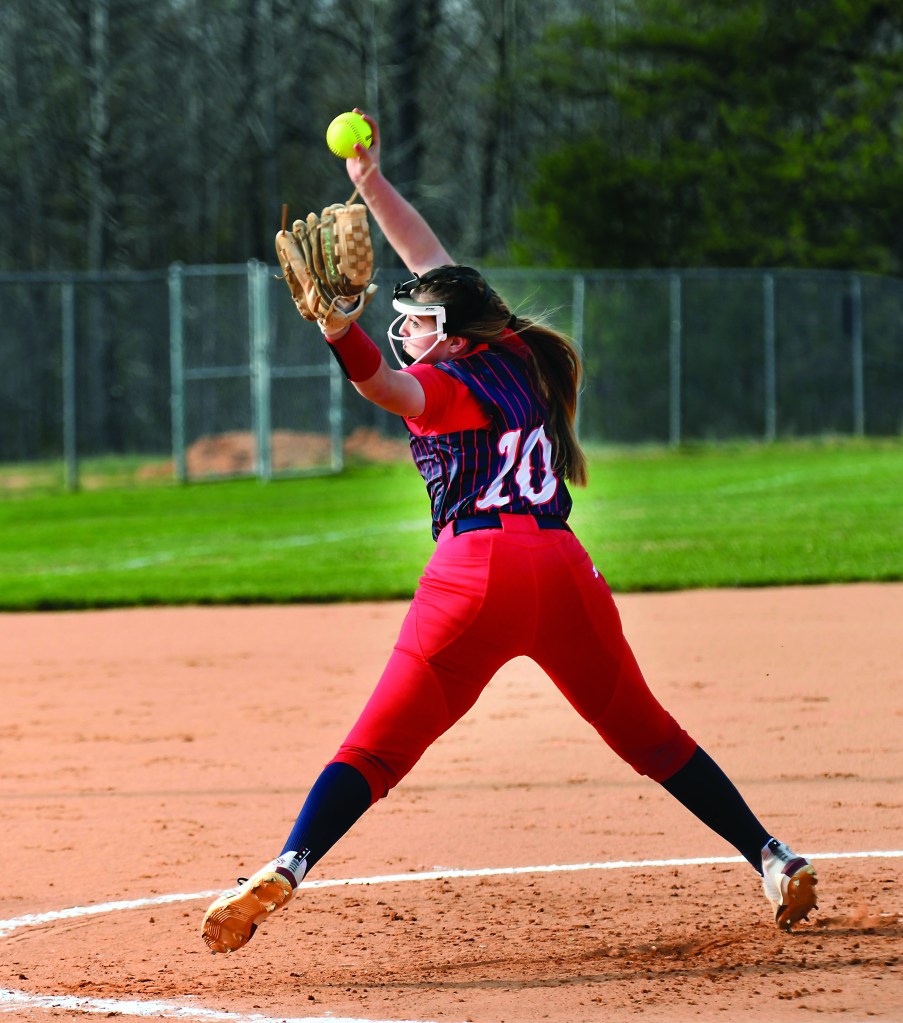 Vanhoose and Lauren Corriher had two assists each. Mead had one.

Jaden Sprinkle had a 37 for the Mustangs, while Jackson Black shot 37 for South.

The 18-hole SPC Championships are scheduled for  the Country Club of Salisbury on April 25.

The Rowan County Championships are set for April 19 at the Country Club.

Salisbury was second in a three-team match at Lexington Golf Club. Warren Fesperman’s 41  led a  cluster of Hornets. Nick Antoske (42), Will Webb (43) and Luke Graeber (44) were the other scorers.

Due to weather concerns for Thursday, the West Rowan at Carson game has been moved up to Wednesday.

• Tuesday’s Carson at West Rowan game will be broadcast by WSAT.

Salisbury got six in the bottom of the first and scored 11 in the second.

Landon Tucker was the winning pitcher, with relief help from Marcus Cook, Lexington had one hit.

East Rowan (10-5) romped 19-0 against West Davidson in a non-conference game on Monday.

Eleni Miller and Camryn Perkins combined on a one-hitter.

Mac Misenheimer had two hits, including a homer. Kady Collins had three hits.

Shyla Campbell held Robinson to three hits as A.L. Brown rolled over the Bulldogs 8-0 on Monday.

Avery Bracewell and Kaylyn Belfield had three hits. Skylar Gorman and Lindsay Wolford had two hits for the Wonders (9-8).

Campbell Schaen and Anna Frye combined on a one-hitter with 10 strikeouts as Mooresville clobbered Cox Mill 15-0 in Greater Metro Conference softball on Monday.

Emily Murphy had three RBIs for the Blue Devils.

Pfeiffer’s baseball team had an unusual feat in the Falcons’ 14-run fourth inning in Sunday’s 17-2 win against Averett.

The Falcons hit for a home run cycle — in order —  in the fourth inning.

Jackson Leck hit a solo homer, Landon Evans hit a two-run homer, and Austin  Morton did the historic stuff with a three-run homer, and then a grand slam.

Pfeiffer sent 18 batters to the plate in a wild fourth.

The Queens Royals are 25-under for two days at South Atlantic Conference Men’s Golf Championship in Chuckey, Tenn.,  and  leads Lincoln Memorial by 14 strokes. Catawba is in 11th place sy 23-over.