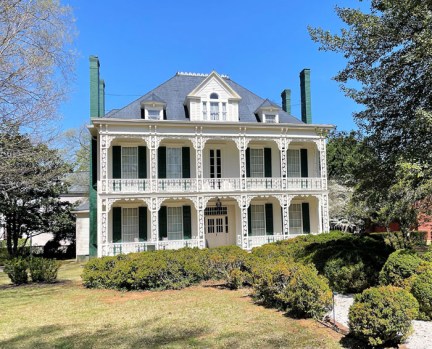 The Hall House was purchased fully furnished in July 1972 by the trustees of the new organization. With community support, Hall House was paid for in five years. Photo by Pete Prunkl 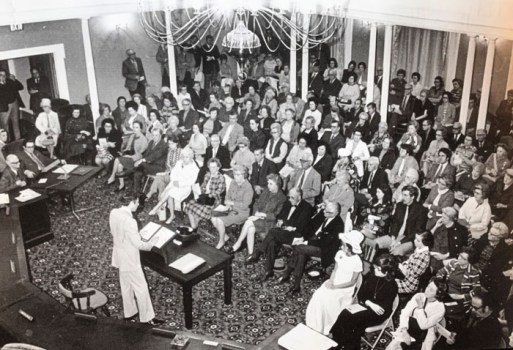 The charter meeting of Historic Salisbury Foundation was held on the second floor of the 1850 Courthouse on April 12, 1972. Submitted photo 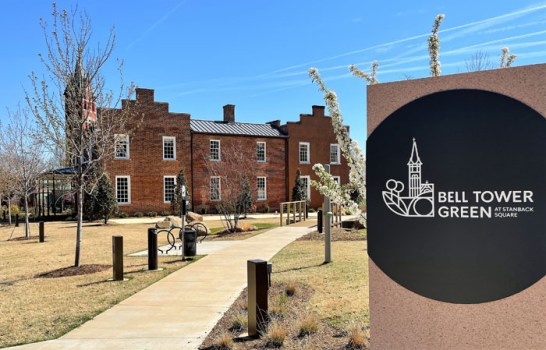 The 1839 Salisbury Female Academy at 115 South Jackson Street was threatened with demolition in 1967. Today, it is the site of a future restaurant on the edge of Bell Tower Green. Photo by Pete Prunkl 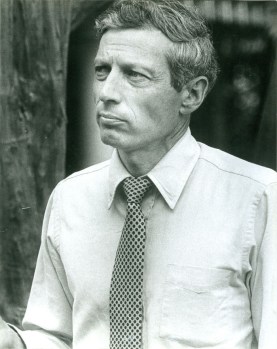 Ed Clement was president of the Historic Salisbury Foundation Board of Trustees from 1972 to 1983 and a member of the board from 1972 until 2020. At his retirement from the board, he was named president emeritus. submitted photo

SALISBURY — On April 12, 1972, more than 200 residents crowded into the second-floor meeting room of the famed 1850 Rowan County Courthouse. These pioneers, like Rowan County’s Daniel Boone before them, were venturing into uncharted territory. Their frontier was a wilderness of ideas about the future of Salisbury’s built environment. Were the people of Salisbury going to continue to tear down perfectly fine old houses and construct apartments, banks and parking lots or will they preserve their old treasures? This group believed that preservation was the way forward and that night they agreed to put belief into action.

The convenor of the meeting on April 12 was Ed Clement, then a 40-year-old businessman. Five years earlier, he made the transition from demolition bystander to preservation activist. Clement, a Salisbury native with family ties to Salisbury Motors, was in marketing at Security Bank and Trust. In 1967, the Maxwell Chambers Trust at First Presbyterian Church announced its plans to demolish the 1839 Salisbury Female Academy at 115 South Jackson Street. The only thing wrong with the brick building was that it had the misfortune of being built where the trust envisioned a leased parking lot. Protests and plans to redevelop the entire block not just the academy’s portion dragged on for years. On April 12, 1972, the 1839 building was still standing — and still threatened.

Clement went into the April 12 meeting with a plan that had been brewing for years. In 1968, during his presidency of the Salisbury Rotary Club, he organized a committee to study the founding of Salisbury’s first group devoted to historic preservation. Later in 1970, he asked attorney Graham Carlton to help him draft articles of incorporation and bylaws for a new organization, Historic Salisbury Foundation. The articles included 12 purposes and a grand vision — “to preserve and promote the unique character, beauty and livability of Salisbury.”

Clement’s mission on April 12, 1972, was largely educational. In designing Historic Salisbury Foundation, he had studied the pioneering preservation work done in Charleston, South Carolina, and Wilmington. Those cities were not only concerned about preserving their landmarks, but also the larger neighborhoods that surrounded the landmarks. They knew that if they lost the neighborhood to demolition or neglect, the landmark could not survive. It was not easy to understand that idea if you had not immersed yourself in the details of the preservation movement. Clement had to enable the 200 gathered in the courthouse for the organization’s charter meeting to see that Salisbury’s old houses and neighborhoods were just as worthy of preservation as Charleston’s or Wilmington’s.

It is well to remember that in the decades leading up to 1972, many residents of Salisbury’s older houses had divided them into apartments while they moved to the suburbs. Massive one-family houses had gone out of style and the suburbs — Milford Hills, Sedgefield Acres, Meadowbrook, Eagle Heights, Forest Hills, Oakland Heights and other — offered large lots, modern kitchens, air conditioning, a garage and less traffic. What they left behind in West Square, said former City Council member Jim Dunn were often neglected old houses. “. . .There were probably five to 10 buildings (in West Square) that legitimately could have been condemned by the city. Some buildings you could smell before you saw them,” he said.

Many large homes that were not converted to apartments were simply demolished. One of Salisbury’s oldest homes was torn down in 1950 to make way for the Rowan County Public Library on West Fisher Street. In 1966, the demolition of the circa-1840 Norvell House on the corner of West Innes Street and South Fulton Street for a bank aroused Suzanne Blackmer to erect her famous spite fence in protest. There are scores of other examples.

Smaller houses were not spared in the rush to modernize. From July 1963 until 1972, the Redevelopment Commission of the City of Salisbury negotiated, bought and then demolished 230 houses, businesses, churches and other structures in largely African-American neighborhoods. This large-scale demolition was one of the nation’s earliest urban renewal projects and a clear indication that old was bad and new was good.

In the spirit of “old is bad and new is good,” many downtown storefronts changed their appearance. Late 19th or early 20th century brick buildings were too dated and old fashioned for some businesses. To allay embarrassment, adopt Modernism and attract customers, many shop owners on Main and Innes streets covered the fronts of their buildings with aluminum siding. Dunn summarized the new look: “Ugly is not good business.”

This was the mindset and way of life that Clement confronted on April 12, 1972. Those who attended the charter meeting knew of his passion for preservation and agreed with him, but they wanted to know more. Clement had to convince some that Salisbury had many preservation-worthy houses. He then proceeded to outline several ideas as to what to do next — arranging guided tours, developing historic districts, preparing a newsletter, finding an office and drawing a map of all the historic houses in West Square.

It would take six years before the seemingly radical ideas discussed on April 12, 1972, were adopted as community values. In 1978, Salisbury’s license tags and welcome signs first read “Historic Salisbury.”

After 50 years, the work of Historic Salisbury Foundation continues to be relevant and important. “Preservation is progress” has been reinforced thousands of times and is part of our shared values. But, like Thomas Jefferson said of liberty, historic preservation requires eternal vigilance. Without it, Salisbury is in danger of returning to a pre-1972 mindset. We must keep “the tear down era” in our past, not our future.