Wolves from Dan Nicholas released into the wild 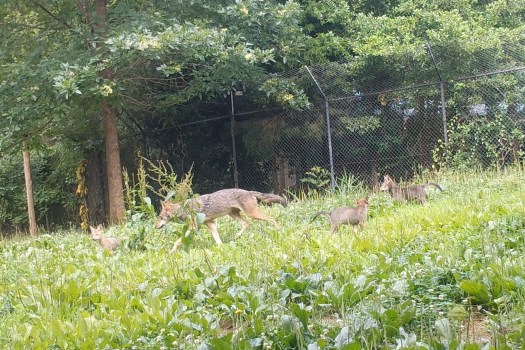 Photo submitted - The red wolves of Dan Nicholas Park have been released to the wild. 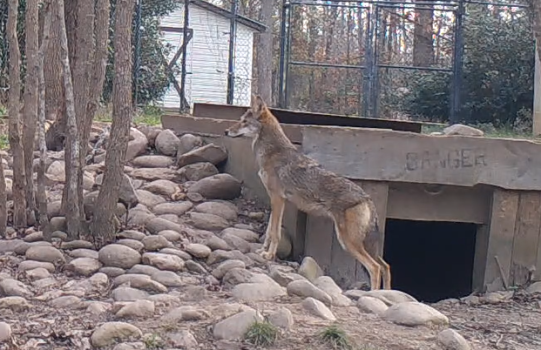 SALISBURY — The red wolves at Dan Nicholas Park have ventured out in the wild to benefit their species.

The wolves are part of a species survival program that keeps a healthy and genetically diverse population going in captivity with the goal to help rebuild the wild population. They were released in the Albemarle Peninsula in the past month.

The red wolf is one of the most endangered animals in the world and an apex predator that, historically, was an important part of eastern North Carolina ecosystems. The species is listed as critically endangered by the International Union for the Conservation of Nature, which estimated the wild population dropped to about 10 in 2020.

For years, the Species Survival Plan held on to conserving the wolves in captivity with the goal of rebuilding the population in its natural habitat, but the program had not been allowed to release wolves for years until January 2021 when a judge ordered the U.S. Fish and Wildlife service to restart the effort to release captive wolves into the wild.

The judge deemed the agency was failing to conserve the species by not allowing releases in response to a lawsuit filed by advocates for the species.

The Post has reported on the developments of the red wolf family at Dan Nicholas Park’s Rowan Wild facility for the past two years as the pair Magma and Clay became a proven breeding pair. In the wild, the wolves form long-term monogamous pairs and family groups.

In 2021, Species Survival Program Coordinator Chris Lasher said the wolves at Dan Nicholas were not likely candidates for release because they have been valuable for captive breeding.

Nature Center Supervisor Megan Cline said the program takes pairings and individual wolves into account looking for the most successful outcomes. The family unit at Dan Nicholas was recommended for release because it is a multi-generational pack with Magma and Clay, their two pups from 2020 and one pup from 2021 living together.

“They’re pretty much a guaranteed breeding pair,” said Cline,  who hopes they will be successful breeding together in the wild.

One of the main threats to red wolves is hybrid breeding with coyotes. The wolves only breed once in the spring. The wolves have not entered breeding season this year.

Their temperament made the family a good choice as well. Cline said aside from Clay, the adult male, the rest of the family members were already wary of people while at Dan Nicholas and that is desirable for wolves that will exist in the wild.

The family was transferred out of Dan Nicholas to an acclimation pen in the red wolf’s native eastern North Carolina in December.

The pen is a fenced in area of woods intended to limit interaction with humans so the wolves can adjust to being on their own.

The wolves got some gear before they set out on their own on Alligator River National Wildlife Refuge land. They were given radio tracking collars so researchers can keep tabs on them and the collars have reflective surfaces intended to reduce their risk due to from vehicles.

The survival plan points to vehicles as a significant hazard for the wolves in the Albemarle Peninsula.

Cline said there is no guarantee the wolves will stay on federal property, though there are large pieces of refuge land in the area.

Cline said it is sad to see the wolves leave because Rowan Wild has been caring for them for years now, but this is a fulfilling experience to seeing the program come full circle.

“We’ve been in the rescue program now since about 2006 and this is the second release we’ve had to the wild,” Cline said. “Just to be able to see pups that were born here and raised here, and now have been released to the wild to go on as a family unit.”

Cline pointed out the wolves could easily go extinct in the wild in a lifetime and it is a humbling experience to be able to contribute to the process of allowing them to survive.

The park is still part of the survival program and some renovations will be happening at the habitat while it awaits more wolves. Cline said the park will expand the building connected to the habitat so it has indoor space to shelter wolves if there is an emergency like a hurricane that impacts the park.