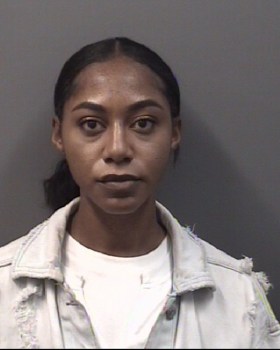 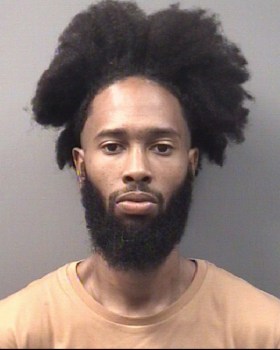 SALISBURY — Two individuals driving to Greensboro from Georgia face drug charges after they were pulled over by a Rowan County Sheriff’s Office deputy for driving too slow on Monday.

Zoei Alexis Fikes, 24, and her boyfriend Juan Anthony Robinson, 28, were both arrested Tuesday on charge of felony possession with intent to manufacture schedule one and schedule four control substances. The driver, Fikes, did not heed to the deputy’s lights to pull over but eventually complied before a Sheriff’s Office K-9 searched the car.

Both Fikes and Robinson refused to exit the vehicle despite numerous commands from the deputy until a baton was drawn to knock out a window. Then Fikes opened the door and exited the vehicle with Robinson before substances were found inside.

Officers found 1.37 pounds of hallucinogenic mushrooms, 7.2 ounces of marijuana, tetrahydrocannabinol oil, 74 capsules of an unknown substance and $854 in cash inside the car. Both people claimed to be from Atlanta on their way to Greensboro to visit family. Fikes and Robinson were taken to the Rowan County Detention Center on a $30,000 bond each.

• A miscellaneous vehicle was found illegally parked in a restricted spot on the 600 block of Lafayette Circle in Salisbury on Monday. The deputy ran the tag to see the vehicle was not registered as handicapped. The officer had his K-9 circle the car and found 43 grams of suspected methamphetamines. The investigation is still open.

• Stephanie Michelle Hicks, 35, was arrested on charge of governor warrant on Monday.

• A woman reported a credit card fraud in the 600 block of Woodland Creek Drive in Salisbury on Monday. The incident was suspected to have happened between March 10 and March 14 in Georgia with a total estimated loss of $9,000.

• A man reported a credit card fraud in the 5500 block of South Main Street in Salisbury on Monday. The total estimated loss was $915.

• A domestic assault was reported in the 4500 block of U.S. 601 Highway in Salisbury on Monday.

• Patriot Towing had its stolen U-Haul van recovered at a Dollar General in the 100 block of Kress Venture Drive in China Grove on Monday.

• A gun was reported stolen from a home in the 100 block of Proctor Drive in Salisbury on Monday. The estimated value of the firearm was $250.