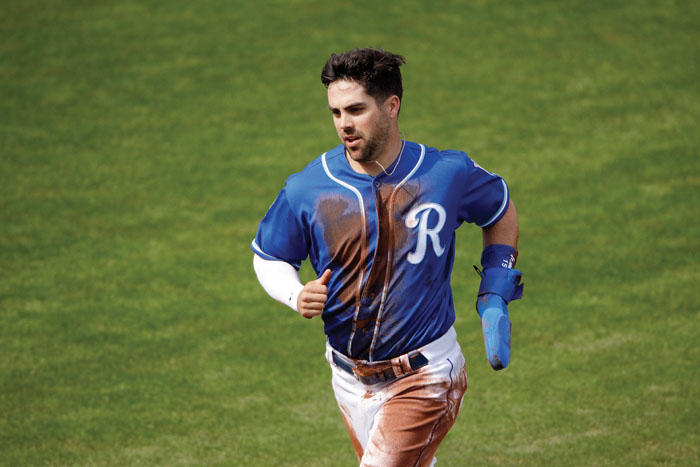 FILE - In this Feb. 25, 2019, file photo, Kansas City Royals' Whit Merrifield runs home to score after the ball was overthrown when he stole third base. (AP Photo/Charlie Riedel, File)

KANSAS CITY, Mo. (AP) — All-Star outfielder Whit Merrifield and the Kansas City Royals agreed to a restructured contract late Wednesday in which the club exercised its option for next season and the two sides added a mutual option for 2024.

The Davie County High School graduate who lives in Advance made his second All-Star team last season and will now earn $7 million this season and $2.75 million in 2023, a figure that would escalate by $4 million if he spends 109 days or fewer on the injured list this season. The mutual option is for $18 million with a $500,000 buyout.

The 33-year-old Merrifield hit .277 with an American League-leading 40 stolen bases and 42 doubles last season, becoming the first player since Charlie Gehringer in 1929 to lead the AL in both categories. Merrifield also had 40-plus doubles and 40-plus steals in 2018, making him one of seven players in big league history with at least two such seasons.

Merrifield’s value to the Royals is more than just his bat and baserunning ability. One of baseball’s most versatile players, Merrifield is also capable of playing first base, second base and third base along with all three outfield positions.

The growth of second baseman Nicky Lopez last season, and the arrival of top prospect Bobby Witt Jr. at third base this season, means Merrifield will play mostly in the outfield again. That is where he’ll start Thursday’s opener against Cleveland, extending his club record — and the longest active streak in the majors — to 470 consecutive games played.