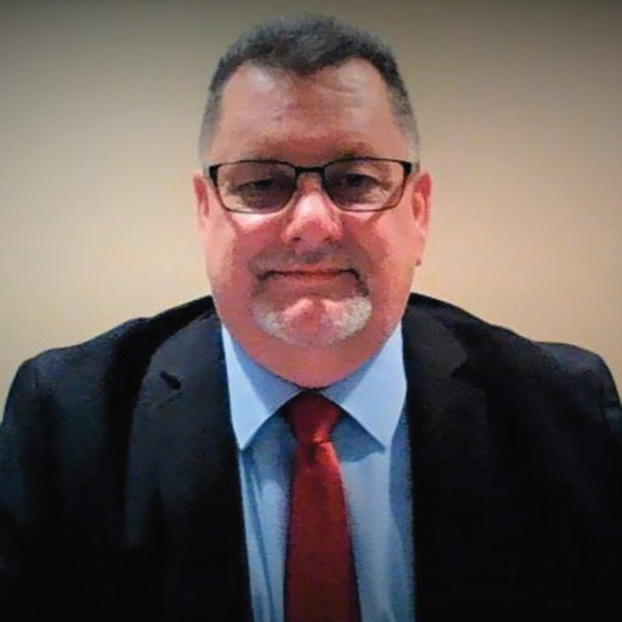 SALISBURY — Larry Kennedy’s life changed forever when he walked into a laboratory and was exposed to a large quantity of formaldehyde for the first time.

“I wasn’t in there but two minutes and my eyes were running, my nose and throat were burning and I felt this real tight sensation in my chest,” Kennedy said. “I turned and walked out.”

Formaldehyde is a colorless chemical used to manufacture products like particleboard. It’s also an ingredient used to preserve bodies at mortuaries and cadavers studied by medical students. Many people might be familiar with its pungent smell from when they dissected a frog or fetal pig in their high school science lab.

Although it’s a well-known and commonly used substance, formaldehyde is considered a “probable human carcinogen” under conditions of unusually high or prolonged exposure by the Environmental Protection Agency.

“I didn’t know what formaldehyde was until that day,” said Kennedy, who was beginning a career in the biological specimen business at the time. “That exposure put me on this journey.”

For more than a decade, Kennedy and a team of researchers have worked to develop what they are heralding as non-toxic, “green” alternatives to using formaldehyde and other potentially harmful chemicals to preserve tissue.

“If we can do something to eliminate some of that (formaldehyde), that’s a good thing,” Kennedy said. “We’d be leaving the world a little better than we found it. I think the biggest benefit to our product is peace of mind. When people go to work, they know they’re safe.”

Based in Salisbury, Green Solutions Group is now commercializing its trademarked GreenMBalm and GreenTissueFix products. The startup was recently listed as one of 24 semi-finalists from across the state vying for a $50,000 grant from NC IDEA, a private foundation committed to supporting entrepreneurial ambition and economic empowerment in North Carolina. Green Solutions Group is one of 14 finalists in the NCBiotech NC Bioneer Venture Challenge, a competition to support life sciences startups across North Carolina.

After Kennedy, who is co-CEO of the company with Shawna Lemon, decided to take on the challenge of developing an alternative to formaldehyde-heavy solutions, he assembled a team to help him accomplish his goal. With a chemist in the fold, Kennedy started testing various formulas on biological specimens in a North Carolina lab.

“There have been highs and lows, times I’ve wanted to pack it in,” Kennedy said.

The toughest hurdle to jump over was perfecting a solution that kept specimens looking exactly how they should over time.

“The biggest challenge we had to overcome was not preservation, but it was for the internal organs to maintain proper coloration,” Kennedy said. “When you open something up and start dissecting on it and oxidation occurs, we were losing coloration of the internal organs.”

That’s especially important to medical school students who are using cadavers to learn about the human body.

“That’s not who I am. Everyday when I get up, I’ve got a reason to keep going because people shouldn’t be exposed to these toxic chemicals,” Kennedy said. “It became my passion — or obsession, however you want to phrase that.”

Eventually, Kennedy and his team landed on an ethanol-based product that works, effectively “breaking the toxic code” in tissue preservation. To test the products, Green Solutions Group partnered with Fayetteville Technical Community College’s funeral services program. Shawna Rodabaugh, coordinator of anatomy and embalming at Fayetteville Tech, was interested to see if the products could replace the formaldehyde solutions.

“As students who are learning about anatomy start to open up cavities and continue with dissections, they are exposed to oftentimes very high levels of formaldehyde, necessitating frequent breaks and some will wear respirators, which are difficult to function in,” Rodabaugh said. “You are at risk for a lot of exposure.”

It didn’t take long for Rodabaugh to become a believer in the products.

“When we tried it and realized how well it preserved, I was blown away,” Rodabaugh said.

Green Solutions Group has started to form partnerships with other academic institutions, including High Point University and Elon University, for their products to be used in educational labs. Kennedy said their solutions offer more than just peace of mind to those worried about health risks. The solutions also eliminate costs associated with hazardous waste disposal, ventilation upkeep and electricity, according to Kennedy.

After tackling the medical education market, Kennedy said he’d like to make GreenMBalm the solution used in mortuaries across the country and globe. Convincing embalmers to forgo formaldehyde solutions may prove to be his next great challenge. Kennedy said most mortuaries are resistant to change because they’ve used formaldehyde for generations.

It wouldn’t be the first challenge Kennedy’s overcome.

Green Solutions Group is currently outsourcing the production of its embalming and tissue fixing solutions, but Kennedy said the company would eventually like to open its own manufacturing facility in North Carolina.

Before that happens, Kennedy said the company needs to continue to attract investors. He’s already got his pitch lined up.

“There’s this venture capitalist named Aileen Lee and in 2013 (she) coined a phrase for those rare startups that could achieve a billion dollar valuation called unicorns,” Kennedy said. “We aspire to be one of those.”

More information about Green Solutions Group can be found online at gogreensolutionsgroup.com.