New superintendent search on way as Watlington heads to Philly 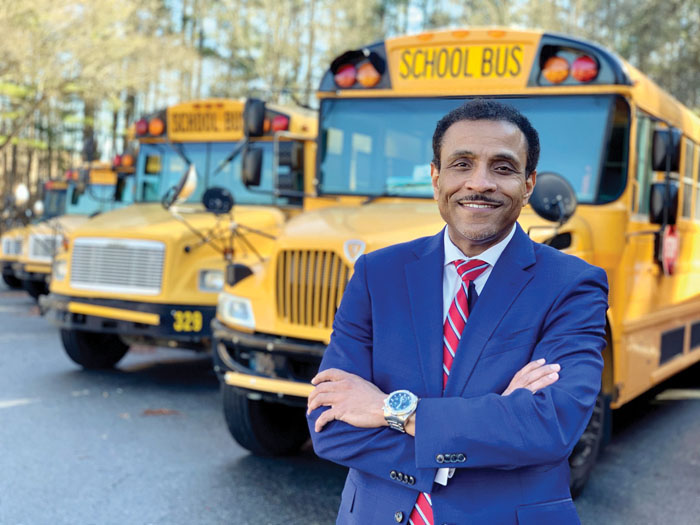 SALISBURY — The Rowan-Salisbury Schools Board of Education now has to start the process of finding a new leader for the district for the second time in fewer than two years.

The School District of Philadelphia on Friday announced it has hired RSS Superintendent Tony Watlington to take the same job for one of the largest districts in the country.

Watlington will be paid $340,000 annually on a five-year contract with the option for extension. The salary is in line with what outgoing Philadelphia Superintendent William Hite would make next year.

RSS Board Chair Dean Hunter said he told Watlington he wishes him the best and his happy for him, but he is not happy for the board having to go through the process again.

“I’d be lying if I didn’t say it was disappointing to have to go through this again,” Hunter said.

Hunter said he believes there is a general consensus within the board to hire from local administration invested in the community, but that often does not happen state-wide when hiring superintendents.

“This is quite a jump to go from North Carolina, for 26 years, to Philadelphia,” Hunter said.

Watlington said he will undertake a listening and learning tour in Philadelphia in conjunction with Hite. He held a similar tour in Rowan County, visiting each school in his early days as superintendent.

Philadelphia Board of Education Chair Joyce Wilkerson described Watlington’s hiring as “an incredible moment” for the district.

Watlington said he wakes up every morning asking himself one question: “How are the children?”

The Philadelphia board originally planned to announce their choice last week, but pushed the decision back to this week.

Watlington was in Philadelphia all day two weeks ago for a series of panel discussions and a town hall meeting. He was chosen out of three finalists for the job.

Watlington did not return requests for comment via phone and email.

Hunter said it seems there was a combination of Watlington receiving recognition because of RSS’ special renewal status and vice versa.

Hunter also noted there is a big change to move from a right-to-work state to a district with five unions representing its teachers.

Watlington’s main achievement while he has been with RSS is the strategic plan the district launched this year. Hunter said a number of cabinet-level administrators were heavily involved with the plan as well and described some goals, such as a focus on improving literacy, as points anyone could get behind.

Board Vice-Chair Alisha Byrd-Clark declined to comment other than to wish Watlington well on the new endeavor.