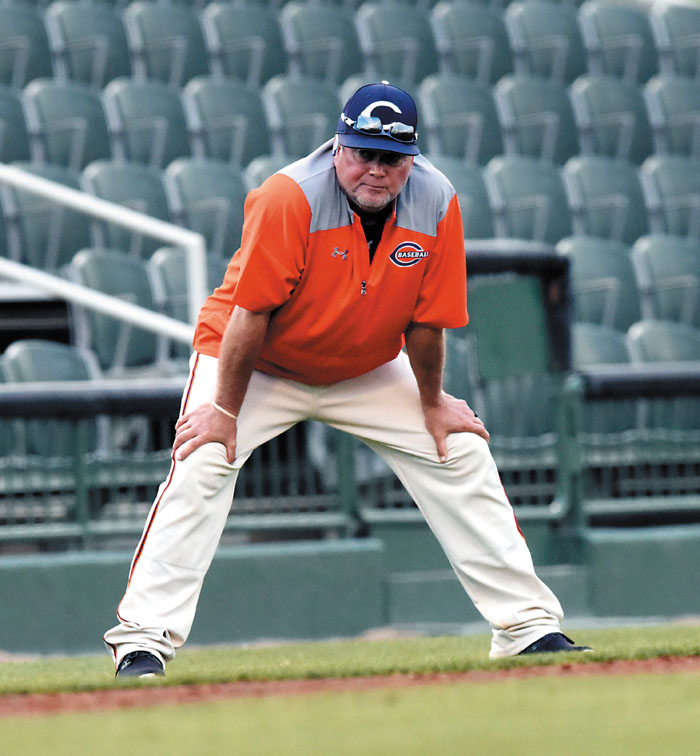 Jordan King hit a two-run homer for the Cougars (7-5), as Chris Cauble got his county-record 400th win as a head baseball coach in Rowan County.

It was Cauble’s 264th win at Carson. He has coached the Cougars since the school opened. He had 136 wins at West Rowan.

Bill Kesler is second on the county wins list with 295 at North Rowan.

Simmerson had a double and scored twice.

Zander Burton’s two-run double in the first inning got the Falcons rolling.

South had six hits and benefited from 14 walks and three HBPs.

Catawba lost 11-10 in the first game of Saturday’s doubleheader when LMU scored two in the bottom of the ninth.

Freshman Arabelle Shulenberger pitched a two-hitter for the Falcons (9-2, 6-1). Center fielder Ashlee Ennis made a catch that saved multiple runs in the third.

Emma Clarke powered a two-run homer for the Falcons in the fourth to break a scoreless tie and doubled in front of  two-run homer by Brooke Kennerly.

Shulenberger had a run-scoring double.

Makayla Johnson had a double for the Cougars (5-7, 4-2). Lonna Addison pitched a complete game, with no walks.

LANDIS — McKinley Faw walked with the bases loaded in the bottom of the seventh to give South Rowan a 7-6 SPC win against Northwest Cabarrus.

South (8-5, 3-3) rallied for five runs after the Trojans got four runs in the top half of the seventh.

Lexie Ritchie did the pitching and allowed one earned run.

Kori Miller, Mac Misenheimer and Maddie Roberts had two doubles each for the Mustangs, and Liberty Schroeder had one.

MOUNT ULLA — West Rowan ended a 13-match losing streak against Carson with a 1-0 SPC win against the Cougars on Friday.