Civitans preparing to celebrate 100 years of service in Rowan

On a beautiful Thursday afternoon in July of 1922, a group of 21 young men met for a formal luncheon in the dining room of the Yadkin Hotel in downtown Salisbury, one of the community’s more prestigious gathering places. It was a young crowd — all but three or four were younger than 30 years old — and many of them were veterans freshly returned from Europe at the conclusion of World War I.  Other than where they lived, the one thing they all had in common was that they were concerned about what was going on in their hometown.

Less than four years after the end of the war in 1918, America was suffering from a severe recession and many communities had significant unmet social needs. These young men had come to realize that the problems of their growing community demanded solutions, and they were impatient to see some of Salisbury’s most pressing problems solved. The top item on the group’s agenda this day was to decide how they might organize and work together to become more involved in solving some of these problems. 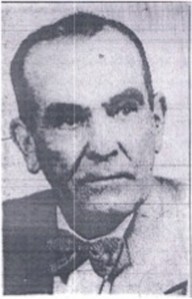 Charles Coggin was a young Salisbury attorney who had also served in the Great War as an officer instructor, and he was a natural leader for the group. Coggin was passionate about his hometown, and had been one of the principal organizers of the luncheon; he had personally invited many of those present to attend. This would be one of the most important speeches of his lifetime, and he knew it.

Acknowledging the friendships that the young men had in common, he said, “It is the purpose of clubs like ours to work … for the betterment of Salisbury, and to make this city a better place to live; to build up citizenship of the highest order, and aid in every way possible the upbuilding of this city.”

He shared an inspiring story about a group in Birmingham, Alabama, called “the Civitan organization,” created just after the war for the same purposes, and he suggested that the group of friends form an affiliated club in Salisbury.

They did exactly that, and the luncheon that day was deemed to be the first weekly meeting of the new Civitan Club of Salisbury. According to articles in the Salisbury Evening Post at the time, 21 men attended the July luncheon, and 27 charter members had joined by the time the club’s charter was obtained on Aug. 15, 1922.

Today, the Civitan Club of Salisbury is planning events to celebrate the upcoming anniversary 100 years of continuous service to the Salisbury and Rowan County communities. Centennial celebrations will culminate in a special event to take place on Aug. 11, when the 27 founding members and any of their direct descendants will be honored.

If you, or anyone you know of in your family, is a direct descendant of one of these men, contact Bill Bucher at civitanwebmanager@gmail.com. We would be delighted to hear from you even if you are only distantly related to one of the original 27, especially if you have pictures or stories you would like to share about any of them. Their names are listed below:

More about the Civitan Club of Salisbury can be found at www.salisburycivitan.org.

Bill Bucher Jr. is a past president of the Civitan Club of Salisbury.