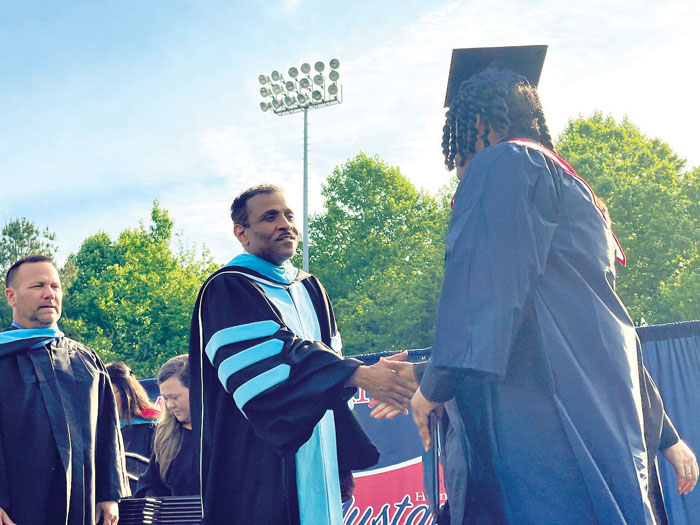 SALISBURY – The School District of Philadelphia on Friday announced it has hired Rowan-Salisbury Schools Superintendent Tony Watlington to take the same job for one of the largest districts in the country.

Watlington will be paid $340,000 annually on a five-year contract with the option for extension. The salary is in line with what outgoing Philadelphia Superintendent William Hite would make next year.

Watlington was in Philadelphia Friday morning for a press conference with the Philadelphia Board of Education.

He is slated to start in Philly on June 16. He told a reporter he plans to begin looking for a home in Philadelphia immediately and said he plans to “finish strong” with RSS.

Watlington said he will undertake a listening and learning tour in Philadelphia in conjunction with Hite. He held a similar tour in Rowan County, visiting each school in his early days as superintendent.

Philadelphia Board of Education Chiar Joyce Wilkerson described Watlington’s hiring as “an incredible moment” for the district.

Watlington said he wakes up every morning asking himself one question: “How are the children?”

The Philadelphia board originally planned to announce their choice last week, but pushed the decision back to this week.

Watlington was in Philadelphia all day two weeks ago for a series of panel discussions and a town hall meeting. He was chosen out of three finalists for the job.