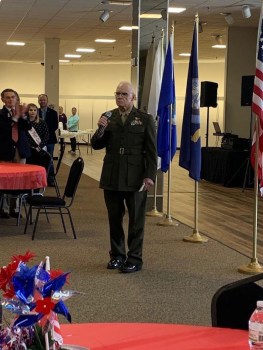 Captain Richard Williams-USN-retired, was attached to the Marines. Submitted photo 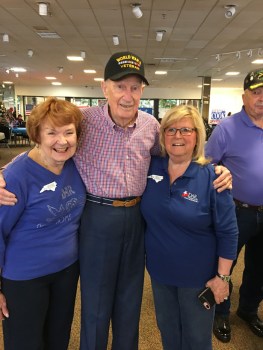 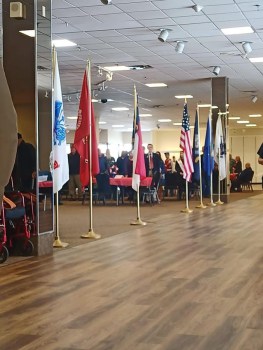 Flags from each branch of service along with POW flags. Submitted photo 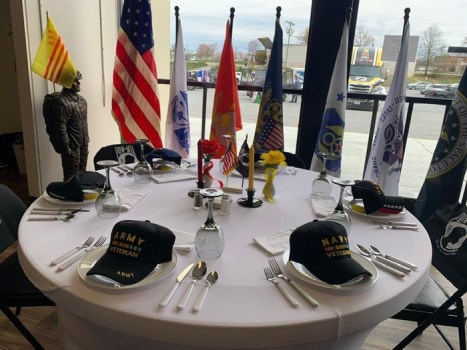 Table for the departed — Submitted photo 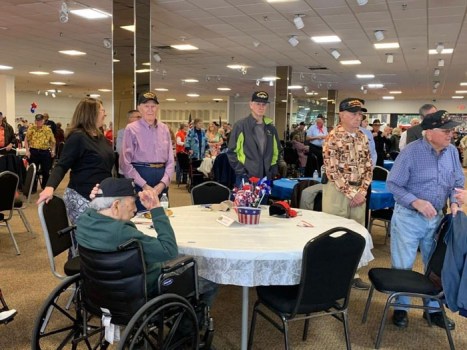 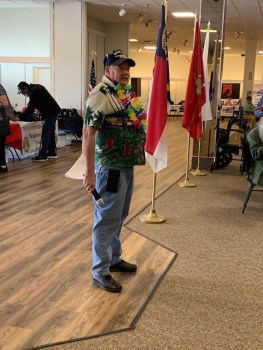 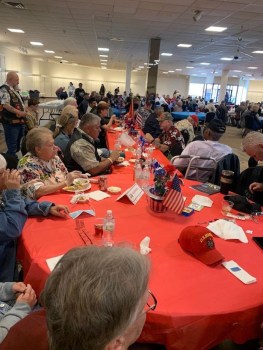 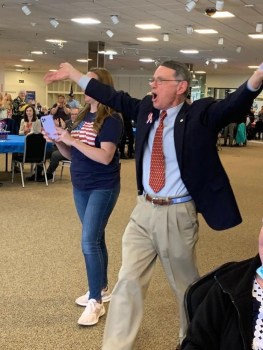 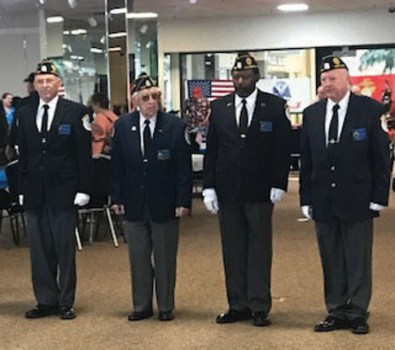 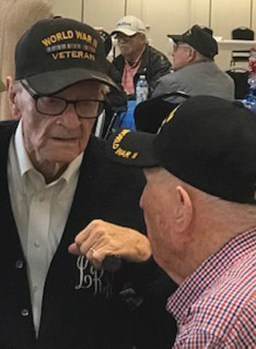 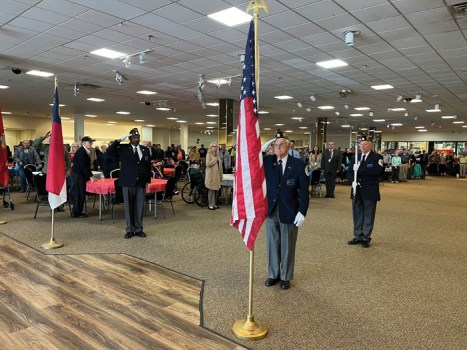 Bill Anderson, World War II veteran and Salisbury native, in the forefront as the Veteran’s Honor Guard after posts the colors. Submitted photo

U.S. Navy veteran Troy Horton, Rowan County’s 2021 Veteran of the Year, served as chairman and emcee for the annual event, which had been canceled the previous two years due to the pandemic.

In welcoming the veterans and their families, Horton said, “Today, we are proud to observe National Vietnam War Veterans Day throughout our great country. We dedicate this day to the glory of God and in honor and memory of all Vietnam veterans who served our country in the name of freedom. Over 2 million American servicemen and women served in the Vietnam War. Over 58,000 veterans made the ultimate sacrifice.”

Martin noted that March 29 is also the 40th anniversary of the National Vietnam War Memorial, known as “The Wall” in Washington, D.C., where the national ceremony was observed Tuesday. It was erected and commemorated by President Ronald Reagan in 1982.

In addition, Martin also noted that this year is the fifth anniversary of the Rowan County Vietnam Veterans Memorial at the Patriots’ Flag Concourse and Memorial at Salisbury’s City Park.

“Today we especially remember the 40 Rowan County Vietnam veterans whose names are etched on this memorial,” Martin said. “Over 40 American flags have been placed at this memorial in honor and memory of our Rowan County veterans.”

In closing remarks, Hedley reminded everyone to continue to keep our pledge to “never forget” by paying special thanks and tribute to all those Vietnam veterans who served our nation and especially to those who made the ultimate sacrifice.

“Let us also work to honor, preserve and ensure that current and future generations never forget the service and sacrifices of those who came before us and who we remember today,” said Hedley. “May God bless America!”