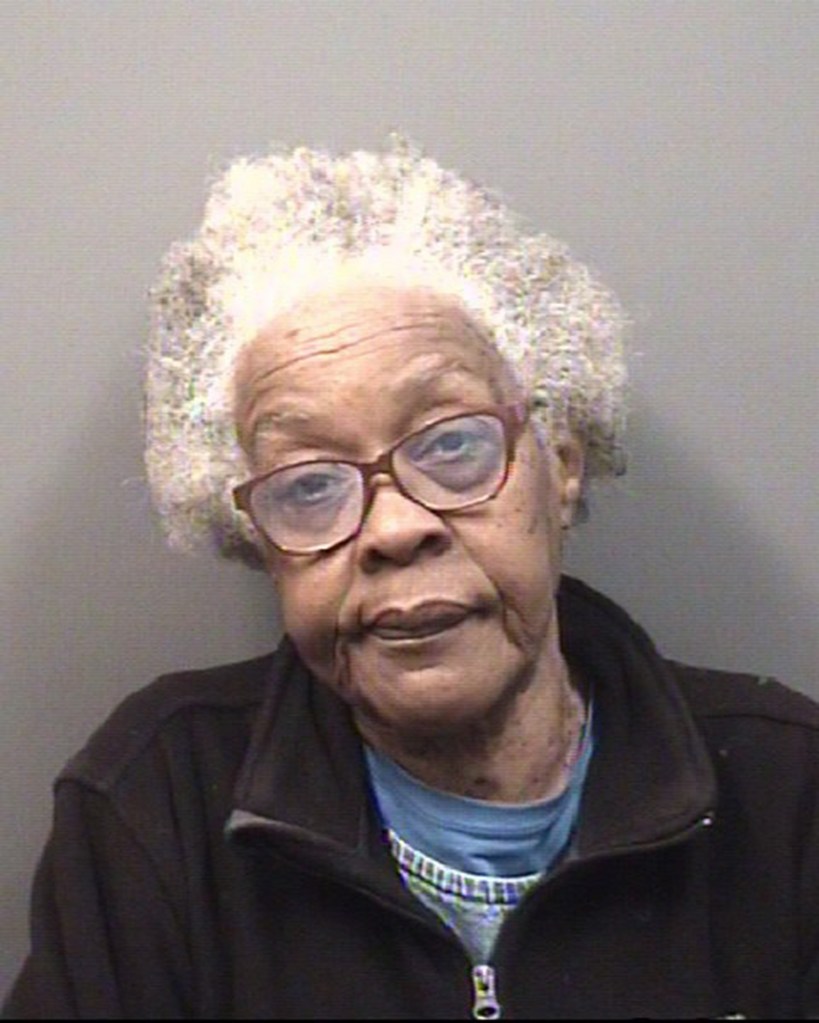 SALISBURY — A 72-year-old woman was arrested on charge with felony assault, misdemeanor resist and misdemeanor failure to comply after after an attempt to serve her eviction papers.

Harriet Emmagean Cowan did not respond to Rowan Sheriff’s Deputy Bailey and the landlord knocking on the door of her residence at 9 a.m. Monday to serve her an eviction notice. After several attempts, the landlord entered through the side of the door by means of breaking the window to access the doorknob. Cowan began swinging a black crowbar which struck the landlord. The deputy ordered the woman to drop the weapon but the elderly woman slammed the door shut. She continued to swing and approach the officials, saying she would “bash their faces in” after Bailey opened the door again.

Additional law enforcement were called and arrived to assist while Cowan continued to swing the crowbar and make threats. Bailey warned the woman she would deploy her taser before it was used as Cowan began approaching the deputy. The taser failed to make contact with Cowan completely but was enough to have her on the ground for handcuffs.

She was placed in the Rowan County Detention center under a $5,500 bond.

• Officers responded to a report of breaking and entering at a warehouse in the 100 block of Dolly Madison Road in Salisbury on Monday. The incident happened on March 23 but there were no property missing from the premises. A shattered window and running faucet were left as indicators of trespassing.

• A catalytic converter was reported as stolen from Mr. Storage in the 1100 block of Old Concord Road in Salisbury on Tuesday. The incident happened on Monday with an estimated total loss of $1,200.

• Travis Michael Hall, 34, was arrested on charge of felony larceny after deputies responded to a call of disturbance in the 200 block of Ellen Street in Salisbury. The Rowan County Sheriff’s Office’s K9 unit were out training on the same block before being taken to the back of the house when there was no response to knocking on the door of the residence. Hall had been ransacking the inside of his mother’s home and was leaving the back of the home wearing a stolen Cary Police cap. He attempted to give deputies a false name when approached. He was found to have several warrants for breaking and entering and larceny as well as a history of running from law enforcement. Hall was taken into custody and received a $30,000 bond for larceny and $20,000 for other warrants.

• Matthew Wesley Miller, 28, was arrested on charge of breaking and entering a building on Monday.

• Enterprise Holdings was the victim of stolen property possession after a vehicle leaving the facility wrecked at the intersection of McCanless and Choate Road in Salisbury on Monday. Deputies recovered the stolen vehicle and handgun inside as the defendant was taken into custody and transported to Novant Health Rowan Medical Center.

• Two firearms were stolen from a vehicle in the 1800 block of North Enochville Avenue in China Grove on Monday. The total estimated loss was $900.

• A burglary by forcible entry was reported in the 3700 block of Enochville Road in Kannapolis on Monday. The total estimated loss was $600.

• A woman was physical assaulted in the 2100 block of 7th Street in Salisbury on Sunday. The incident was reported on Monday.

• A burglary by unlawful entry was reported in the 200 block of Vista Drive in Salisbury on Monday. Firearms were reported as stolen from the residence with a total estimated loss of $1,490.

• A woman accidentally shot her friend with a handgun from outside the home while she was inside in the 4000 block of Needmore Road in Woodleaf on Monday.