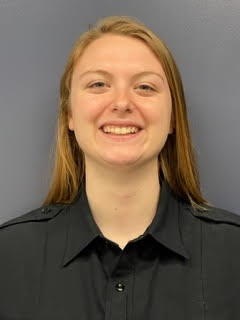 SPENCER — The Town of Spencer has a female officer on staff for the first time in six years.

The town has hired Faith Ryoti, a fall graduate of the basic law enforcement training program at Mitchell Community College, as an officer. Ryoti is a classmate of Phillip Brown, who the town hired last year.

Town Manager Peter Franzese said Ryoti has started but is awaiting paperwork from the state so she can be sworn in with the department. He said the process usually takes a few weeks.

After she is sworn in, Ryoti will begin field training, working with an experienced officer in the department for about 14 to 16 weeks before she can patrol on her own.

Having a woman officer on staff has been a goal for the town for a while, but Franzese said he does not want this to be an end point for the town.

“I don’t want us to wave a flag and say ‘now we’ve done it,'” Franzese said. “We want people to know we are building a model small town. We want all folks to know they can come here and be successful. The fact we are broadening our applicant pool and workforce is a wonderful thing.”

Spencer Police Sgt. Mike File, the officer in charge while the town is searching for a permanent chief, said the town has not had a female officer since 2016 and as a practical matter having a woman on staff is a good thing for the department because it helps when dealing with female members of the public.

The town is still rebuilding its police department after its officer staffing dropped to about half capacity last year. There are still candidates working their way through the long application and background check process required for officers.

The town Police Chief Advisory Board held a public forum last week to generate interest in the department and the board. Board chair Dennis Sheppard said the advisory board has received several applications of its own and plans to appoint a new member during its next meeting.

The board was formed in early 2021 by retired chief Mike James. During the forum the board reviewed its goals and answered questions. About 30 people came to the forum.

“We explained that this was our first forum, not the only one, and that we would continue to have forums to keep the public informed,” Sheppard said.