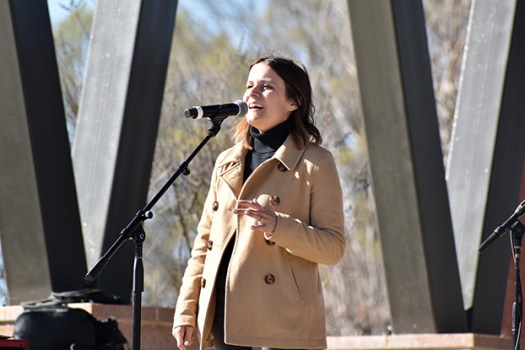 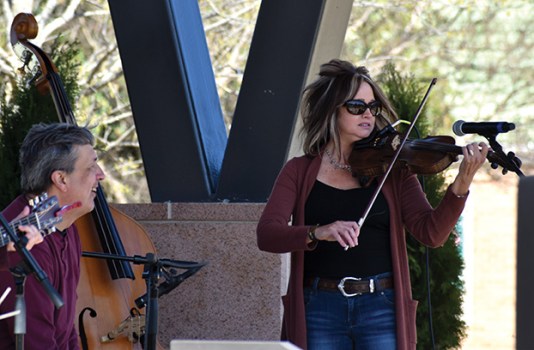 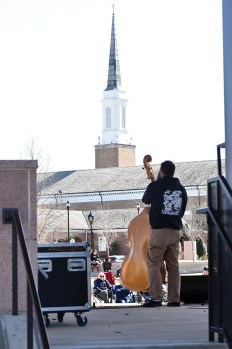 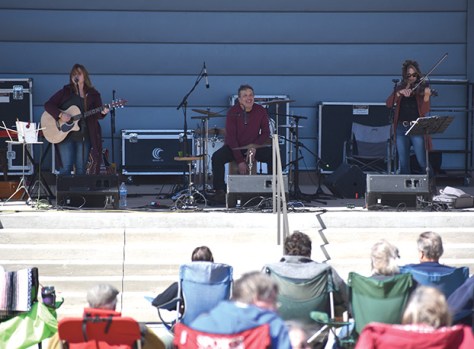 SALISBURY — The city hosted its second Sounds of Salisbury concert series performance on Sunday afternoon, turning over the stage to two local bands who played for people gathered on the Bell Tower Green lawn.

“It was a good experience and Salisbury came out and represented, so that was nice,” Puckett said.

Sunday was Puckett’s first time performing on the Bell Tower Green stage, but she’ll return next weekend to lend her talents to Big Break for its performance in the third installment of the concert series. Paper Wasps will be back at the park for Earth Day Jam on May 14.

Giving Salisbury artists a platform to perform was the impetus for Salisbury Parks and Recreation Department hosting the spring concert series, the first of its kind. The string of live performances kicked off on March 6 and featured Liam & The Nerdy Blues and No. 9 Coal.

“It obviously does not capture the entirety of our local musicians because we only have eight slots, but it gives us an opportunity to showcase them in our first big series of things we’re doing here,” said Vivian Koontz, event coordinator for the city of Salisbury.

The city of Salisbury and other organizations have used Bell Tower Green as a hub for events since the park opened last year. And Koontz said there is more in store.

Along with Big Break, Jessica Yates and Co. will perform during the Sounds of Salisbury on April 3. Dimestore Derelicts and The Grass Strings will take the stage on April 24. Both concerts will be from 3-5 p.m.

Koontz said the Parks and Recreation department is currently scheduling bands for a summer concert series at the park that will be held every other Saturday starting in late May and ending in late August. On the weekends when there isn’t a concert, there will be movies in the park on Friday nights.

The Salisbury Parks and Recreation Department is seeking more musical acts to be considered as entertainers at events in the future. For consideration, the department is asking acts to fill out this form: https://bit.ly/SPRDtalent. Salisbury Parks and Recreation shares information about events on its Facebook page. More information about Daisy Clover can be found on Instagram and Facebook by searching paperwaspsmusic.