Spirit of Rowan 2022: Spencer Shops were the heart the town before it existed 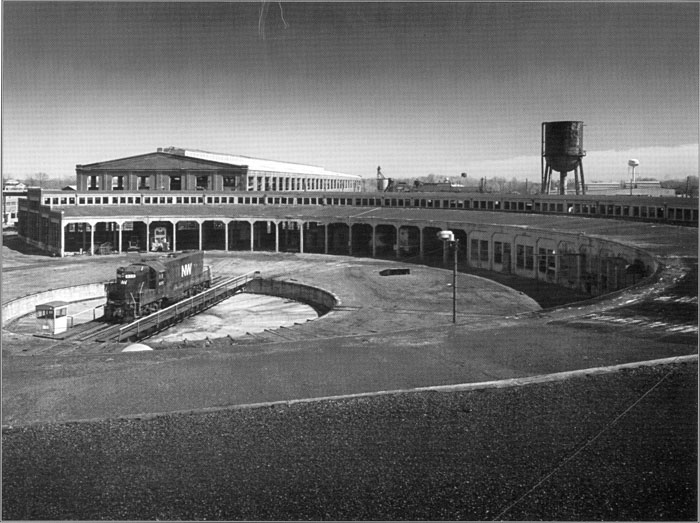 Submitted photo The roundhouse at the N.C. Transportation Museum, which once was the home of Spencer Shops, a major Southern Railway repair facility.

Spencer was an important place more than 120 years ago, before the town even existed.

“The new shops near Salisbury, N.C., will furnish long-needed and adequate facilities for maintaining the rolling stock used on the main line and branches between Washington, Richmond, Pinners Point and Atlanta,” a 1896 report from Southern Railway reads. “The total cost of these shops will be about $250,000, of which about one-half had been expended prior to June 30, 1896. The land, 168 acres, was purchased in March 1896 and the work of construction was begun immediately thereafter. The plant will be in operation by Sept. 15.”

An excerpt from a report in 1897 described the completed shops as “new, of modern design, and well equipped.” The buildings had heating and electric lighting, Many of the shop’s machines were pneumatic.

The shops would become Southern’s largest steam repair station. Spencer itself was not incorporated until 1905, and it took the name of the shops, which were named after Southern President Samuel Spencer.

In 1938, the Post ran what were labeled as the “first pictures ever made of the interior of Southern’s great shops at Spencer.” The story was about local Kiwanis Club members touring the shop.

The shops were the foundation of Spencer. Post archives include photos of men who worked for Southern parading on the day Japan surrendered and ended World War II on Aug. 15, 1945.

In 1939, the Post reported Southern was the biggest industry in the county.

The end of the shops would be slow. The mid-20th century saw diesel engines begin to replace steam locomotives. Work began to slow at the shops and in 1979 the shops closed completely.

According to Post archives, the shops were being equipped to handle diesel engines in the 1950s.

What used to be the core of heavy industry in the county has now been preserved as the N.C. Transportation Museum and has been placed on the National Register of Historic Places.

The museum still prominently features antique rail cars and hosts train ride events throughout the year and is celebrating its 45th year. It currently hosts an exhibit about what it was like to be a brakeman during the move from steam to diesel-powered engines.