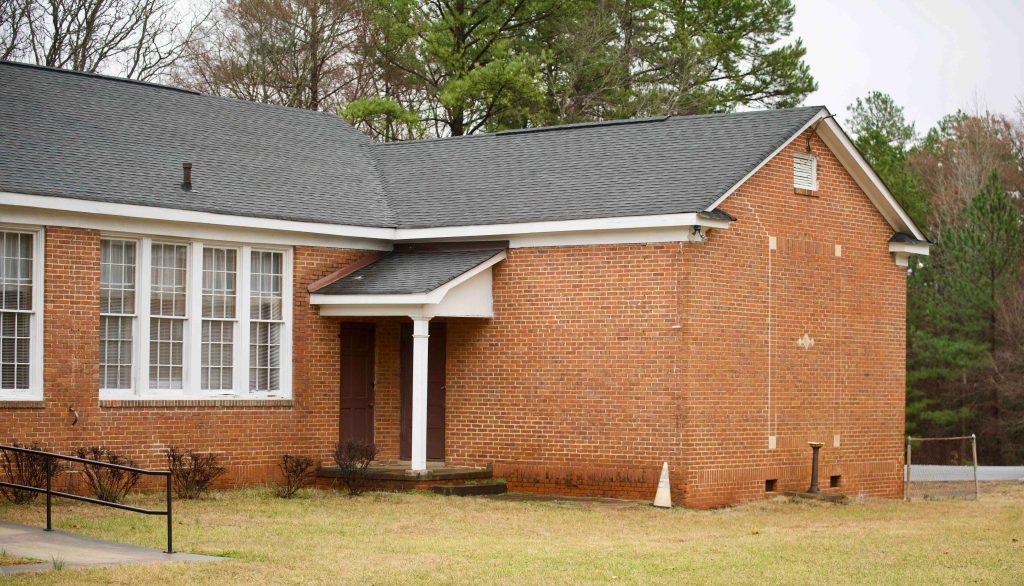 Carl Blankenship/Salisbury Post - One of the entrances, and an original water fountain, at the R.A. Clement School in Cleveland.

There is some disagreement between sources on how many Rosenwald schools were built in Rowan County, but the best answer appears to be five.

The schools were among more than 5,000 projects built with some funding from the Rosenwald Fund, which was part of a partnership between Sears president Julius Rosenwald and educator Booker T. Washington.

Their purpose was to provide education for Black children in the South in the early 20th century, where segregated public education completely lacked equality or necessary funding.

Some lists on file with the state list only three of the schools in Rowan County, in Cleveland, North Spencer and Rockwell, but Fisk University’s database of schools lists five and includes funding breakdowns for how much was contributed locally and by the fund for each school.

Tom Hanchett, a Charlotte-based historian who has written extensively about Rosenwald schools, told the Post that Fisk’s list is likely more complete. Hanchett said neither list had reason to inflate or deflate the number of entries and it is likely the database in Nashville received more information about schools after the initial list was created in Raleigh.

One of the schools, R.A. Clement, is being restored by a local association dedicated to its preservation and is a designated national historic site. The school’s report to be placed on the national registry cites five schools in the county as well. The main building of the school is in its last stages of restoration.

Angelo Franceschina, a contractor with an interest in restoring Rosenwald schools, has been working with the association on the project since the early 2000s.

Association member Leonard Hall attended the school. He remembers being there in first grade, moving between the buildings, basketball games and graduation exercises.

“This is part of the community,” Hall said.

Local educator Catrelia Hunter also attended the school and has fond memories of attending there. She said it was a supportive environment and noted many alumni went on to become notable educators as well.

The original J.C. Price High School building is still standing in Salisbury as well. It was originally housed in Monroe Street School, which is being restored by Livingstone College with the help of grant funding.