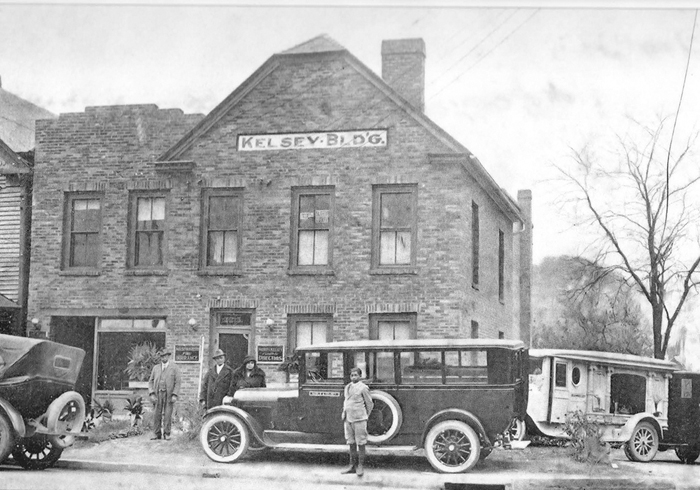 “As I child, my memories were just going up there with my mom when I came home from school and just hanging out and following the guys around,” Adrianna said. “ … It was a family owned business that basically helped raise me in a sense.”

At 9 years old, Kimberly remembers traveling to the funeral home after school, too.

“From 9 until the age of 16, I was up here every day, Monday through Friday and maybe on Saturday,” Kimberly said.

Today, Kimberly is the chairwoman of the funeral home and Adrianna, her daughter, is vice president and community relations director. They represent the third and fourth generation of the Kelsey family, respectively, to work at the business.

Since 1902, Noble & Kelsey Funeral Home has been committed to excellence, Adrianna says. The funeral home plans to celebrate its 120th anniversary this year with a commemoration at 223 E. Fisher St. in Salisbury. Plans are still being finalized.

The business started 120 years ago with a partnership between two men whose names still grace the funeral home. Stephen Noble worked for other funeral homes and owned horses and a wagon. William Kelsey Sr., Kimberly’s grandfather, was a local barber. William saw the potential for keeping the burial of African Americans within the Black community as part of the partnership, states the book “Gender and Jim Crow:  Women and the Politics of White Supremacy in North Carolina, 1896-1920” by Glenda Elizabeth Gilmore. When the two began, embalming wasn’t a common practice. Relatives laid the dead on a “cooling board,” the barber “dressed” the body and the burial took place the same afternoon or the next morning, Gilmore wrote.

While William saw the business as a side project because he enjoyed being a barber, wife Lula Kelsey realized the future potential of the funeral business and went to embalming school, becoming one of the first female licensed morticians in the state.

Noble & Kelsey’s first location was in the 100 block of East Fisher Street. It moved into its current location, a former Black library and agricultural building, because it needed more space. It’s the second-oldest Black funeral home in the state of North Carolina.

A.R. Kelsey, Kimberly’s father took over ownership of the business in 1946, and Kimberly officially joined the funeral home’s leadership staff in 1994 after spending years as a teen and young adult helping out with operations. After graduating from Salisbury high School and Winston Salem State university, she worked in the business work — at IBM in Charlotte, the Internal Revenue Service and for a hospital in Richmond, Virginia — before she decided the funeral business “was really in my blood,” she told the Post in a 1994 article.

She received her license to practice about two months after the death of her father and was reissued A.R. Kelsey’s license number in her name — No. 7.

Kimberly expresses excitement about Adrianna’s energy about community relations and that the business is staying in the family.

“She is pumped up,” Kimberly said.