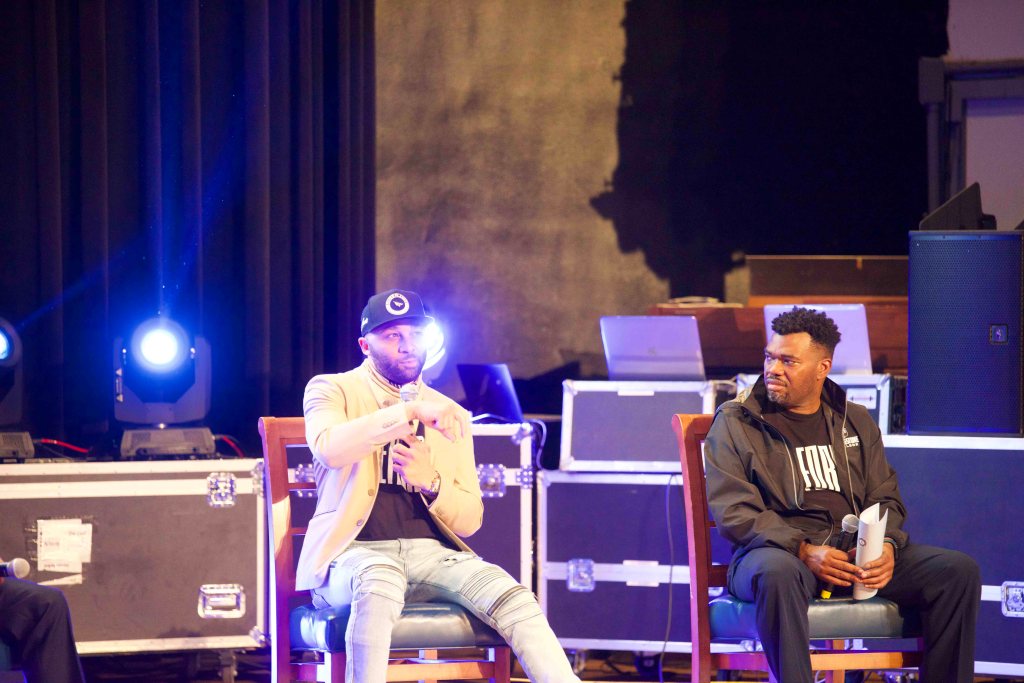 Carl Blankenship - REFORM Alliance's Louis Reed, left, and Robert Rooks. The organization has set a goal to get 1 million people out of the criminal justice system in the next five years.

The town hall meeting was a partnership with REFORM Alliance. The advocacy organization founded by a group of people, including hip hop artists Jay-Z and Meek Mill, in 2019 in direct response to Mill being given a two to four-year sentence for a parole violation.

The nonprofit’s focus is reform of sentencing, probation and parole.

“Today we have successfully connected the church, the community and the campus,” Livingstone President Jimmy Jenkins told the crowd during his introduction. “And now we can leverage our connective capacity to bring about change.”

Jenkins said ancestors envisioned HBCUs were never designed only for education and they knew empowerment was equally important.

NAACP National Board of Directors Vice Chair Karen Boykin-Towns attended as well and spoke briefly ahead of the panel. She also pointed to Brooks as a former leader and cofounder of the NAACP’s criminal justice program.

Several other NAACP notables were in attendance as well, including moderator GiGi Dixon.

When Dixon took the stage, she said she knew time was limited and asked a pointed question to Rooks about the goal to get a million people out of the criminal justice system: “Why is this important?” 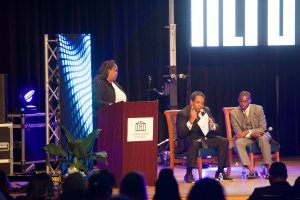 Rooks said only 5% of the world population lives in the United States but it has 25% of the world’s prisoners. He said 25 to 33% of prisoners in a given state are imprisoned because of parole violations

“We should be a country based on the values of liberty,” Rooks said.

He said REFORM has carved out a niche to transform probation and parole. He said the organization wants people to hold it to the 1 million number and the plan is to make the change state-by-state.

He said the organization is focusing on alternatives, lowering case loads for probation officers and getting people the help they need.

Reed told his own story about being incarcerated and trapped in parole. He said both of his parents were incarcerated when he was young and he was raised by his grandmother. He said he slipped into drug trafficking and was sentenced to 14 years in federal prison.

While he was in prison, he got a university degree and went on to get more. He also had a spiritual awakening.

He began to look at his life through the revolutionary principals of Jesus. He posited contemporary society would be outraged at the conviction and sentencing of Jesus.

He said he saw too many Black, brown and poor white people who had been disproportionately impacted by the system who were doing time with him as well.

After he was released, he became the first director of reentry affairs in Bridgeport, Connecticut, but two years later he was arrested for child support arrears that had built up while he was in prison.

Reed said he slipped into clinical depression and slowly found his way out with the help of his support system. Reed said in the three years since REFORM began it helped pass 13 bills in eight states.

Bishop recalled his experience as a juvenile probation officer shocked him to find a career that was different from what he imagined. He imagined mentoring young people, but was handed a ballistic vest, a gun and enforcement rules.

He said he knew what he was doing was not helpful and sometimes was harmful. The experience motivated him to move on to policy work. He said he wants to help change the odds, rather than beat them.

Wade said people can get angry about different levels of racism, but the response is to have people registered to vote and after protesting to run for elected positions.

“We definitely do a good job of showing the world that we’re not going to settle for things,” Wade said. “Where I think we need to improve is that after we have demonstrated our anger that we come back to the table and now we mobilize.”

During the talk, Wade said partnering with groups like REFORM help correct a narrative there is no longer a need for HBCUs and there is anger from racist elements in government.

Moore said the guests talked about policy, Wade spoke about strategy and he wanted to talk about community.

“The reality is not only ought we speak truth to power, we ought to speak truth with power, from power,” Moore said. “At all times we diminish and marginalize the power we have within ourselves.”

He said the church is the only place that mobilizes people because of who they are in Christ, and AME Zion was called the freedom church in the 1870s.

One student simply thanked the panel and organizers for making the talk happen.

Another student said he thinks the Black church has not been as vocal and present as it was during the Civil Rights Movement and asked why.

Moore said people should never see the church as a monolith and when Martin Luther King Jr. was leading the movement there were a significant number of churches who did not follow him.

“But yet, King’s base was the Black church,” Moore said, adding people have to demand accountability from leaders and adversaries want people to give up.

Another student asked how to deal with backlash from opposition. Rooks said organizations like REFORM do experience backlash and the challenge is to create grassroots efforts while also working at the policy level.

“You can’t pass a reform from top down,” Rooks said.

Reed impressed the importance of people who have broad influence passing on the message. On college campuses, he said often the people with the most visibility are student athletes.