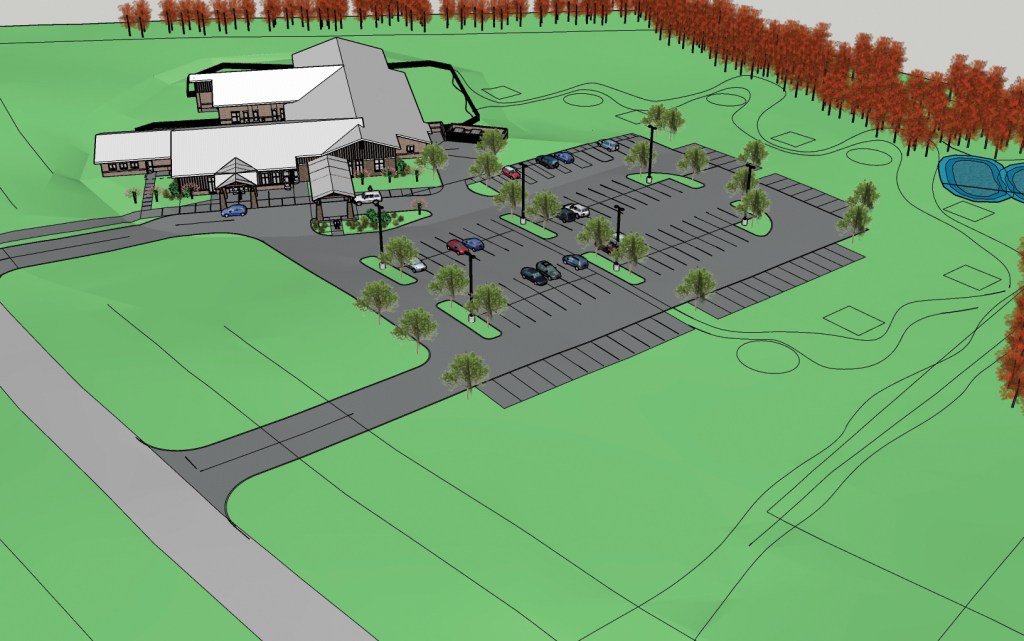 Submitted photo - A rendering of an aerial view of Partners in Learning's proposed center.

SALISBURY — Partners in Learning has raised funds faster than expected and beyond the original goal for a new center, but the cost to build the new facility has increased as well.

So far, the campaign for the new child care center has collected more than $10 million. The cost estimate on the new facility has climbed from the $8 million when it was announced in 2020 to $12 million due to widespread cost increases in the construction industry. PIL Executive Director Norma Honeycutt said the nonprofit needs to raise $12 million at a minimum.

“People need to be aware that the cost of construction has risen drastically,” Honeycutt said. “It’s going to take more money than expected.”

Honeycutt said she is confident the money will be there, but in the worst-case scenario the nonprofit can cut back on some parts of the project like additional classrooms, solar panels and outdoor learning space.

Honeycutt said there is a matching commitment to fund the $300,000 estimate for solar panels if there are donations to cover the other half of that cost. Honeycutt said it would not be critical for the facility but the panels would reduce operation costs by providing a significant amount of the electricity the center will use.

The nonprofit has about half the cost of the project on hand and 25% committed in pledge, with the last 25% left to raise. Honeycutt said the project will tentatively break ground June 1. Construction will last for 14 to 18 months after work begins.

The project will take bids from four construction firms. Bidding documents are expected in the next few weeks and PIL board member Bill Wagoner will then lead a bidding conference. The firms will have two weeks to create a bid for the project. At that point, the project’s building committee will meet and choose a firm.

The project has collected more than money. Wagoner is managing the project at no cost, Taylor Clay Products is donating all the bricks for the project and the campaign for the project got its soft start when Gerry and Brenda Wood donated the land for the new facility on Martin Luther King Jr. Avenue.

Honeycutt attributed some of the willingness to volunteer and donate to people being directly impacted by the nonprofit’s services. For others, she thinks they see the value in what PIL is doing.

“If you want to make a difference in your community it better start before the child is five years old,” Honeycutt said.

The goal for the center is to provide more than child care. Plans include a community center, parent education services and clinical services for children not offered in Rowan County.

“It’s such a compelling story,” Mason Brown said in reference to PIL. “It’s just a joy to be involved with that caliber of a program.”

Mason Brown will hold a “visioning” session with the nonprofit at the new town hall in Spencer.

“They think about the interior of the space and what they want it to feel like,” Mason Brown said.

She said it is an opportunity to look at words, images and examples, place those on a banner and pick the kind of environment PIL wants to create. She said her role will be similar to her work on the Spencer town hall.