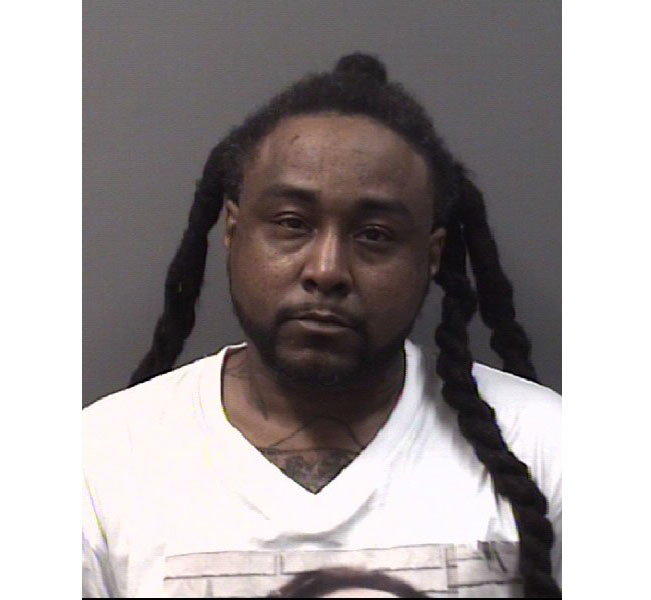 SALISBURY — The Rowan County Sheriff’s Office arrested a 38-year-old man they suspect is a gang member on felony drug and gun charges during a traffic stop Tuesday.

The Sheriff’s Office says its Crime Reduction, Special Investigations units and the Gang Intelligence Task Force were conducting saturation patrol of a “known high-crime area” when they stopped a 2007 Lincoln MKZ. Aaron Darius Holtzclaw allegedly exited the vehicle and ran about 150 yards and tried to throw out a “hard-cased bag” before he was apprehended. In addition to 64 grams of suspected marijuana, the bag contained 264 Ecstasy tablets and five grams of MDMA, which are illicit narcotics. The total street worth exceeded $8,000.

When searching the vehicle, deputies say they found a 9-millimeter semi-automatic pistol, along with drug paraphernalia. Holtzclaw is a convicted felon, a Project Safe offender and suspected gang member, deputies say.

Holtzclaw was booked into the Rowan County Detention Center on a $150,000 secured bond. Deputies say his criminal history includes convictions for possession of a firearm by a felon, possession with intent to sell/deliver cocaine, carrying a concealed gun, resisting/obstructing/delaying a police officer and possession of drug paraphernalia.