Commissioner Pierce investigated for bribery, claims ‘nothing there’ to charge him with 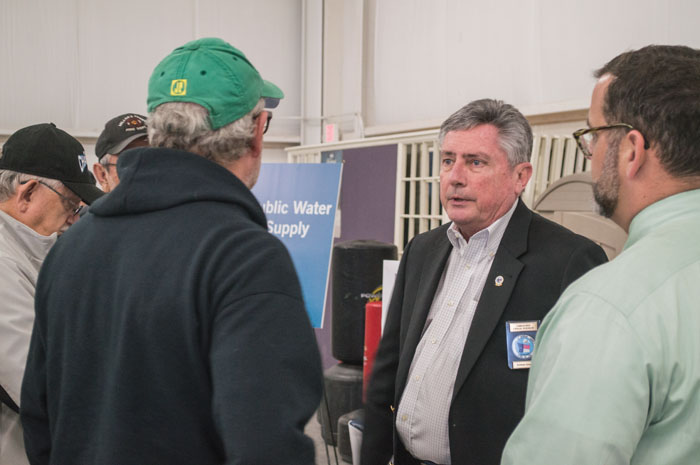 SALISBURY — The State Bureau of Investigation has completed an investigation into allegations of bribery involving Rowan County Commissioner Craig Pierce, who said he expects the results to absolve him of any wrongdoing.

The county commissioner doesn’t expect any charges to come.

“There’s nothing there,” Pierce said.

Pierce said he was interviewed briefly about a month ago by someone from the SBI, who questioned him about claims that he bribed Rowan County District Court Judge Marshall Bickett in advance of his trial for driving while intoxicated and failure to maintain lane control.

Pierce pleaded guilty on Oct. 15 to misdemeanor DWI, several months after he was arrested and charged by the Salisbury Police Department. Pierce was pulled over by an officer on June 27 after a person reported him as a reckless driver. Pierce also was initially charged with failure to maintain lane control, but that charge was dismissed. Pierce was given a suspended 60-day sentence to be served as 24 months of unsupervised probation.

Pierce said the investigator’s questions centered on a text he sent to Bickett in July in which he pledged to contribute to Bickett’s campaign if Bickett decided to run for Superior Court judge. Pierce said he has contributed to Bickett’s previous political campaigns and wanted to pledge his support. Bickett did not file to run, Pierce said, so he never gave money to a campaign.

Bickett’s term on the District Court is set to expire in 2024.

“There’s nothing to charge me on,” Pierce said. “How can you bribe somebody if no money changes hands?”

Pierce claims there was no mention of his pending charges in the text and he didn’t intend to bribe Bickett.

“We never discussed anything about my case,” Pierce said.

The text apparently became an issue, Pierce said, when Bickett was the judge slated to preside over his DWI case. Pierce said Bickett recused himself. Judge Harry Thomas Church, who is not a judge in Rowan County, presided over the case.

“I had no way in July of knowing who was going to be the judge in October,” Pierce said.

It is unclear who initiated the investigation, but the SBI generally needs a request from a local sheriff, police chief or district attorney in order to conduct an investigation when they do not have original jurisdiction, according to Grube. The SBI has original jurisdiction in the following areas: drug and arson investigations, environmental crimes, election law violations, human trafficking, weapons of mass destruction, child sexual abuse in day care centers, computer crimes against children and crimes involving state property.

The Conference of District Attorneys could not be reached for comment on the story.