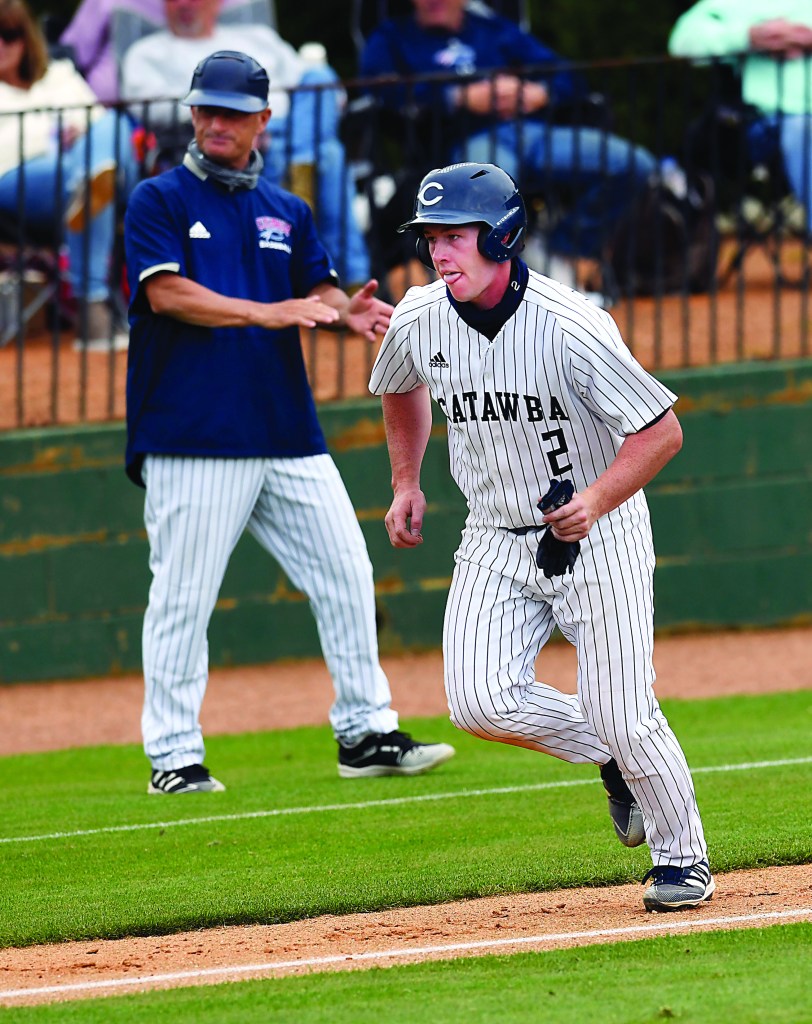 Catawba's Luke Spiva 2 on 3rd base with Coach Jim Gantt coaching.., photo by Wayne Hinshaw, for the Salisbury Post

WILSON — Out-homered 3-0 and trailing 7-2 on the road after six innings, the win probability for Catawba’s baseball team wasn’t high on Tuesday.

But the Indians came back to beat Barton 8-7. It was the fourth straight victory for the Indians, and it was the sort of relentless win that could get the team rolling.

Luke Spiva’s triple keyed the three-run seventh that got the Indians back to 7-5.

Dylan Wilkinson’s two-run double in the ninth turned a 7-6 deficit into an 8-7 lead.

Cameron Mills had two hits and knocked in a run.

Adam Dossenback got his first win, while Robbie Cowie pitched the ninth for his seventh save.

Catawba is 7-2 in the South Atlantic Conference and has a big home series this weekend against 18th-ranked Lenoir-Rhyne (26-4, 7-2).