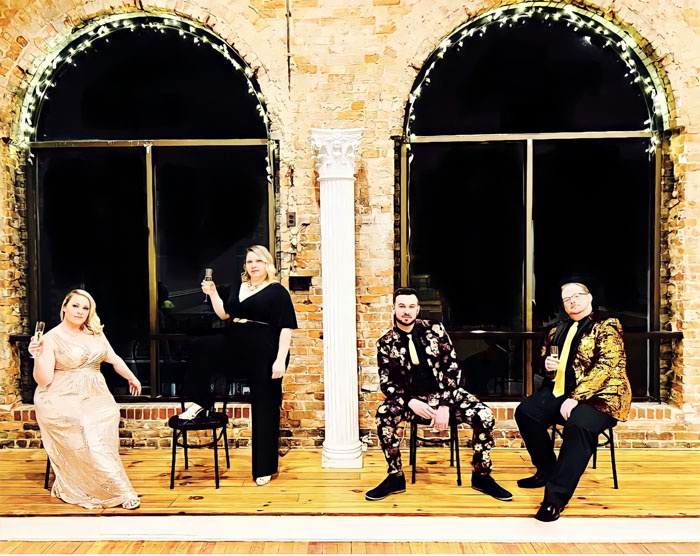 SALISBURY — “Title Of Show” is a hilarious one-act musical at “Piedmont Players After Dark,” a new series meant to be like a coffee shop meets a wine bar all mixed together with a Broadway musical. Each ticket gets  admission to the show, dessert, coffee, and wine.

Shows are Friday, April 1, and Saturday, April 2, both at 8:30 p.m. Doors open one hour before each performance at the third floor of the Meroney Theater, 213 S. Main St.

The show, with music and lyrics by Jeff Bowen and the book by Hunter Bell, chronicles its own creation as an entry in the New York Musical Theatre Festival, and follows the struggles of the author and composer/lyricist and their two actress friends during the initial brief, three-week creative period, along with subsequent events leading up to the show’s production.

It ran off-Broadway at the Vineyard Theatre in 2006, earning a second limited run the same year, then played at Broadway’s Lyceum Theatre in 2008 for 13 previews and 102 regular performances. Bell was nominated for a Tony Award for Best Book of a Musical.

The show contains adult content and is intended for mature audiences.