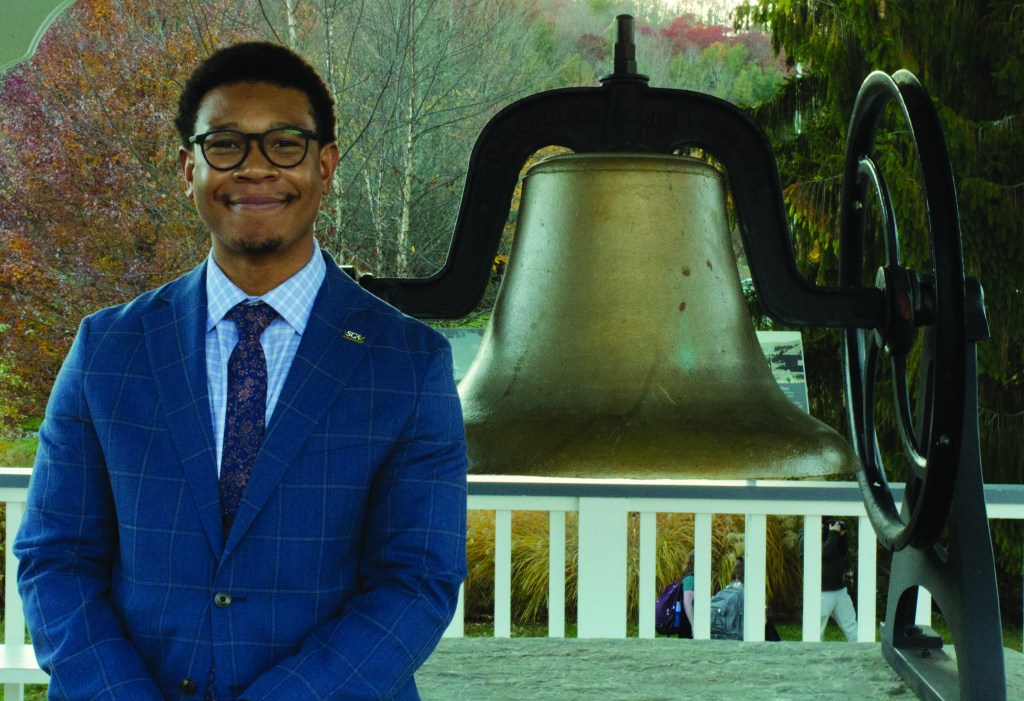 Brown, 24, was motivated from his time as president in Salisbury’s Youth Council to be a part of something bigger than himself. After graduating from Salisbury High School in 2016, he enlisted in the navy for five years to serve as a petty officer. He was deployed to East Africa in 2020.

“There I learned that there are no big fish in small ponds,” he said. “You all work together to achieve a common goal. Everyone does a certain thing, but no one is better or more important than another person.”

After being discharged from the Navy, Brown earned his associate’s in art in 2020 before transferring to Appalachian State for his bachelor’s in public administration.

He says his admiration for local municipality governments motivated him to pursue a career in city management. The difference in a community feeling welcomed versus also feeling wanted was something he wanted to bring to the student body of Appalachian State.

Brown, now in his second year at the university, joined the Student Veterans Association and student Senate. He was surprised when asked by Appalachian students to run in the upcoming student body president election. His first reaction to the proposal was “no.”

“I wasn’t looking for power, ambitions or anything of the sort. They said they saw my compassion and care for the students and the university, and that’s what I want for them,” Brown said.

With his experience working in a team environment and emphasis for every individual to be heard, the preparations for his democratic campaign began in November just before the winter break. The objectives involved included improving university transportation, increasing student involvement with policies and making the campus more sustainable. The campaign ran from Feb. 10 through Feb. 18 when voting closed. He was elected student body president on Feb. 20.

Brown worked with his branch to pass a bill to amend the North Carolina General Statutes to allow the Association of University of North Carolina Student Governments Student presidents to serve as a full voting member of the board of governors. If elected, he will represent the 250,000 students of the UNC system.

Brown says he admires local municipality governments. During his time in the Salisbury Youth Council, their job was to get more students involved in the city of Salisbury and educate them on local government. Once he acquires his bachelor’s degree, Brown plans to get his masters in public administration before pursuing a career as a city or town manager.

With student body Vice President Alejandro Barreto, their slogan “Community driven, people oriented” reflects the progressive change they are leading to make in the community of Appalachian State University. Their plan revolves around the participation of students as individuals to feel wanted and at home while taking their next step in life.

By implementing financial literacy, Brown and Baretto plan to make progress for student success by bettering conditions to encourage student employment. Their goal is to represent students transparently and be an inclusive student government organization. The SGA also plans to make sure student health needs are met through better nutrition on campus and mental health needs being met.

Editor’s note: This story has been updated to remove an incorrect reference to who asked Quson Brown to run for office.