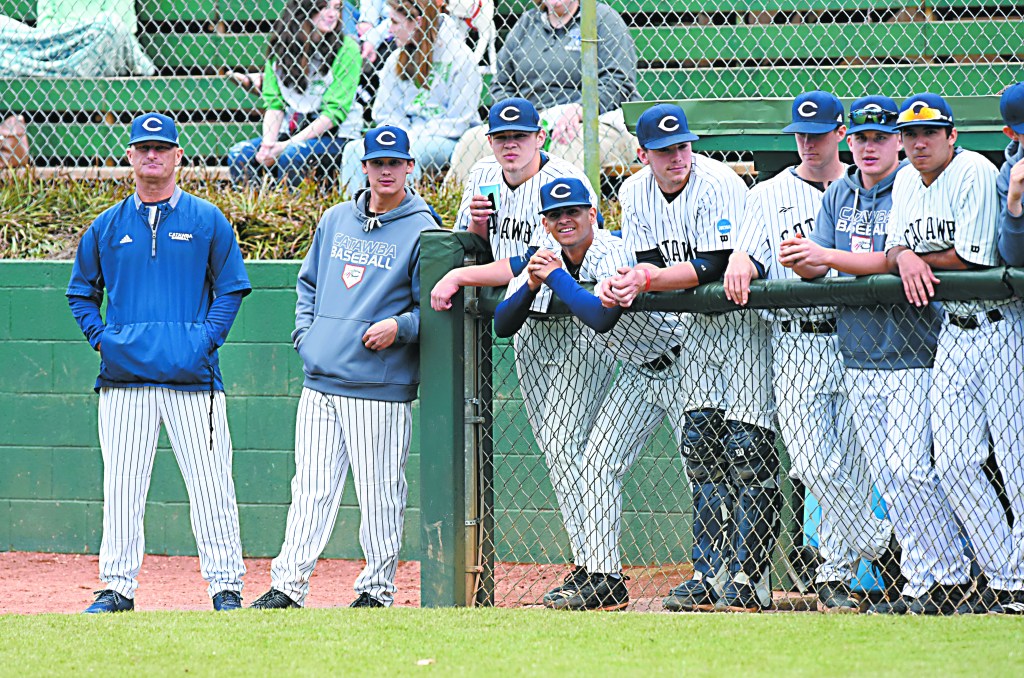 Catawba's Jim Gantt and part of bench. photo by Wayne Hinshaw, for the Salisbury Post

It was the 900th win for longtime head coach Jim Gantt.

Gantt has a career winning percentage of .669.He ranks 10th among active D-II baseball coaches in career wins.

Levi Perrell and Dylan Driver (Carson) had two hits each for the Indians.

Ben Gilks (3-1) got it done on the mound with eight strong innings.

It was a good day for Catawba, as Wingate split with Lincoln Memorial, the first SAC loss for the Bulldogs, and Mars Hill lost two to drop in the standings.

UNC freshman Vance Honeycutt (Salisbury) is in the top 10 nationally with 13 in 14 attempts in 16 games. He’s slugged six homers to lead the Tar Heels.

ECU freshman Jake Hunter (East Rowan) has made four starts but hasn’t pitched deep into a game yet and has no decisions. Hunter was great against UNC, throwing 3 1/3 scoreless innings.

The CLASS Act fundraiser for Catawba women’s athletics is set for March 26.