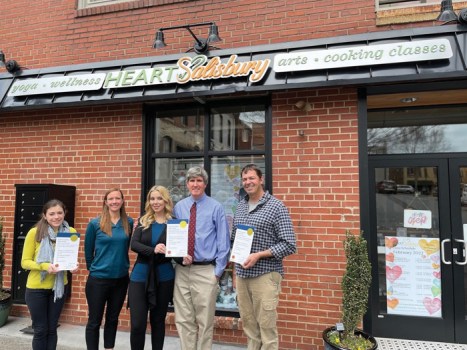 Heart of Salisbury won the award for Best Public-Private Partnership in Downtown from North Carolina Main Street. The award recognized the people who collaborated to bring the wellness center to life, including the Bogle Firm Architecture, LMY, Inc. Central Piedmont Builders, the city of Salisbury and Wellness and Arts Properties LLC. Photo submitted. 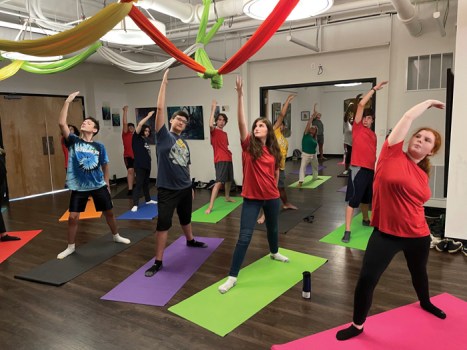 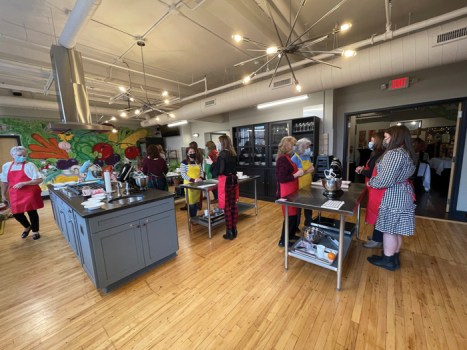 A cooking class being held in Heart of Salisbury's kitchen. Photo submitted.

But sometimes Wivianny DeHaas forgets just how much work it was.

She was reminded of the herculean group effort it took to bring Heart of Salisbury to life when the business was named Best Public-Private Partnership in Downtown in 2021 by North Carolina Main Street. Heart of Salisbury was recognized during N.C. Main Street’s virtual conference held on Thursday.

“It just brought back the memories of how much love we poured into that building and I think sometimes I forget how far we have come,” DeHaas said.

Heart of Salisbury wasn’t the only local business or person to receive recognition during the event.

Barnhardt Jewelers at 112 E. Innes St. was announced as the recipient of the Best Adaptive Reuse Project. The jewelry store inhabits a recently renovated historic storefront with apartments upstairs. Barnhardt Jewelers was also selected as the Rowan County Chamber of Commerce’s Small Business of the Year at the Chamber’s gala on Thursday evening. 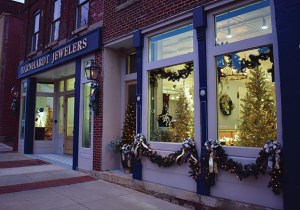 “Since joining (Downtown Salisbury Inc.) in 2015, I have been fortunate to work alongside incredible board members and the city of Salisbury to increase the cultural and economic prosperity of our downtown,” Williams said. “Despite challenges, we have continued propelling downtown Salisbury forward with the most momentum we’ve had in years. I’m extremely proud to have done my part, alongside countless others, to boost this community.” 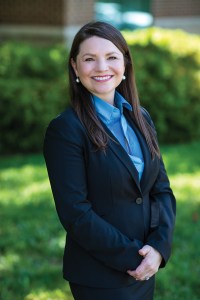 The awards can provide validation for people like DeHaas, who have invested fully in a major downtown project.

DeHaas, a therapist and yoga instructor, had a vision for creating a one-stop shop for healthcare and wellness in downtown Salisbury. In addition to a studio and art gallery used for yoga, Tai Chi, pilates and belly dance, Heart of Salisbury has a demonstration kitchen, retail shop and seven office suites for wellness professionals. DeHaas calls Heart of Salisbury a “wellness incubator for wellness professionals.”

DeHaas had the vision for Heart of Salisbury, but it took a team effort to make her dream a reality.

The Bogle Firm Architecture helped with design and Central Piedmont Builders carried out the plans. Historic rehabilitation tax credit consultant LMY, Inc. helped with funding for the project and the city of Salisbury awarded DeHaas and her team two grants totaling $55,000. Heart of Salisbury also benefited from state and federal historic tax credits.

The wellness incubator is located at what was once Flowers Bakery Building at 120 E. Innes St. By the time DeHaas initiated the project, the 5,000-square-feet of space she inherited was in bad shape.

“With an older building, you don’t know what you’re getting into until you get into it,” DeHaas said.

Creative design solutions were needed to figure out how to bring utilities to different parts of the building and new floors were needed throughout most of the space. All of the renovations ended up costing about twice what DeHaas was expecting at the onset of the project.

“It took a lot of effort, a lot of energy and a lot of funding to get the project done,” DeHaas said.

The payoff, she said, has been worth it.

“It was kind of like saving a part of downtown Salisbury.”

Work was completed in March 2020, right as the COVID-19 pandemic began to shut society down. DeHaas adjusted accordingly, offering yoga classes online or outside and promoting Heart of Salisbury’s shop, which carries ethically made products. People have started to return to in-person classes, but DeHaas said she is still offering online options.

Heart of Salisbury’s health care office suites are almost completely filled with mental health professionals, massage therapists and a physical therapist. The kitchen is used for classes and by a burgeoning cookie dough business.

As part of its partnership with the city, Heart of Salisbury offers city employees a 50% discount on yoga classes. The same discount is offered to military veterans. DeHaas said the organization also collaborates with the city’s wellness committee on programming and activities.

Despite the difficulties of renovating an old downtown building, DeHaas would like to see others take on the challenge.

“We need more people with vision to come to downtown Salisbury and do something with our beautiful buildings,” DeHaas said.

DeHaas said there are plenty of tax credits and other resources available that help make major projects financially feasible. She’d like to see other downtown Salisbury developers claim N.C. Main Street awards in the future.