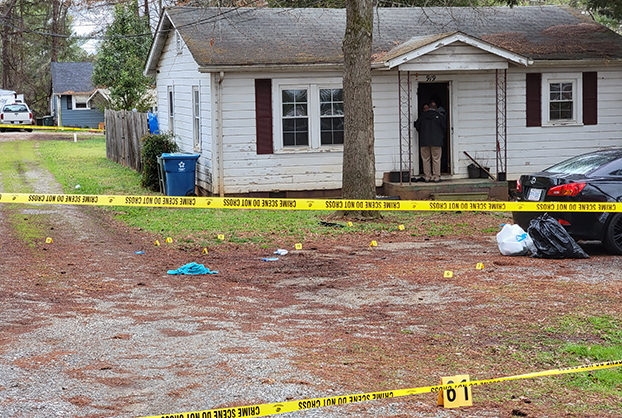 Josh Bergeron / Salisbury Post - Evidence markers and crime scene tape in the front yard of a home on Sunset Drive.

SALISBURY — Police say a 39-year-old man was killed Thursday in a shooting on Sunset Drive.

Armando Calvo Victores died at Novant Health Rowan Medical Center, where he’d been transported after sustaining multiple gunshot wounds. Salisbury Police officers responded to a shooting in the 900 block of Sunset Drive around 8:50 a.m. Thursday. Upon arrival, they found Victores and another injured man in the front yard.

Both victims were transported to the hospital where Victores succumbed to his wounds. The other person involved in the shooting, identified only as an off-duty Salisbury firefighter, was shot once. That person did not have life threatening injuries and was released, police say.

The Salisbury Police Department is still investigating the shooting.