High school baseball: Experienced South will be hard to beat 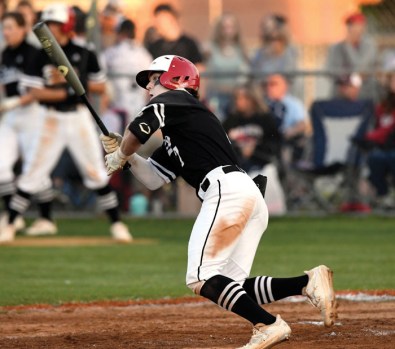 South's Nathan Chrismon will be among players to watch for the Raiders this season. File photo by Wayne Hinshaw, for the Salisbury Post 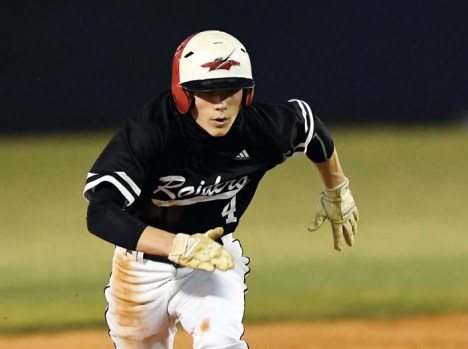 South’s Kane Kepley will continue his baseball career at Liberty University after his time with the Raiders. File photo by Wayne Hinshaw, for the Salisbury Post

Sixth in a series of reports on local baseball teams …

LANDIS — Stud pitchers are everywhere in the South Piedmont Conference.

Everybody’s got an ace and some teams have two.

It’s an arms-rich environment in which 2-1 and 3-2 games figure to be the norm.

That’s fine with South Rowan. The Raiders may be better equipped than anyone in the league to manufacture runs.

The two guys at the top of the lineup — Liberty signee Kane Kepley and East Carolina signee Nathan Chrismon — are extremely difficult to keep off base.  They not only can hit, they enjoying working a walk and they don’t mind getting hit by pitches. Both posted spectacular OBPs north of .500 in 2021.

Their wheels multiply the problems they cause. They run exceptionally well.

So you’ve got two guys who are hard to keep off base and who are really hard to keep from scoring once they get on.  In South’s 18-game 2021 season, Kepley and Chrismon combined to steal 28 bases and score 47 runs.

In other words, some South games are going to be 2-0 in a hurry.

“We’ve got a lot of experience at the top of the lineup and we can put some pressure on defenses,” said South coach Thad Chrismon.

The No. 3 hitter for the Raiders obviously has a reasonable chance to lead the county in RBIs, and South doesn’t have a run-of-the-mill bat in that spot. Catawba signee Ty Hubbard handles that role.He made All-State in 2021 for a reason. He led South with 19 RBIs. He rocked line drives, used all the fields and batted .433.

It will be Kepley, then Chrismon, then Hubbard — left, right, left — three player of the year candidates for pitchers to face in the first inning of every game.

“We could tinker around with it, but that order has worked well for us for a while now,” Coach Chrismon said.

It won’t be a picnic for South’s opponents.

Chrismon is Thad’s son, while Hubbard is the son of Northwest Cabarrus head coach Joe Hubbard, so they’ve been well-drilled as far as fundamentals and situations since they could walk. They are four-year starters. While high school schedules have been limited the last two seasons, they’ve still played a ton of baseball in their lives.

“Those two give us a foundation for our defense, and Kane Kepley is as good a high school center fielder as I’ve ever seen, and that’s a big comment,” Coach Chrismon said. “He gets a jump, he can track it, he’s got the speed to run it down, and he’s got the arm to hold you to a base or throw you out.”

If it was just those three, South would be a problem for opponents, but the Raiders have a lot more than those three.

Junior left-hander Haiden Leffew (4-1 last season) is an early Wake Forest commit and gives South an ace to match up with some of the stud hurlers the Raiders will be facing. The 6-foot-2 Leffew has been working out diligently throughout the off-season. His fastball is upper 80s.

Leffew is a power hitter — he swings right-handed — so the Raiders usually will get him in the lineup when he doesn’t pitch. He can play first base or in the outfield or serve as the DH.

There are holes that have to be patched, as South graduated a solid senior class. Luke Hiskey was a valuable pitcher. Jackson Deal was a big asset offensively and defensively. Jack Weaver was a skilled defensive third baseman. Drew Watkins drove in some runs as the primary DH for a team that made the deepest playoff run of any of the Rowan squads and won the conference tournament in a league that included North Davidson, Ledford and Oak Grove.

“I believe we’ve gone from the best 2A baseball league in the state to the best 3A league,” Coach Chrismon said. “There’s some good carry-over from the run we had late last season, but this is a new team.  Every team has to create its own path.”

The proven arm behind Leffew is 6-foot-1 right-hander Chandler Oddie, who throws low 80s. Oddie had two wins and a save in 2021.

“He’s pitched a lot of  meaningful innings and has been in a lot of big games,” Coach Chrismon said.

Carson Crainshaw had arm issues last season and was limited to about 10 innings, but he’s healthy now and is an imposing 6-foot-5 hurler. He threw a non-conference no-hitter on Tuesday.

Colton Fisher has some experience. Lefty Finch McMillin will be in the mix. Varsity newcomer Noah Washburn could get innings.

“Our pitchers will be able to pitch with some security because of our defense,” Coach Chrismon said. “Pitch to the defense. Throw strikes. Get early contact.”

Jacob Ritchie, who also played football and basketball for the Raiders, returns as the first-string catcher and could bat in the middle of the order. Ritchie hit close to .300 in 2021.

JD James is a returning starter at first base. He hit .365 with 15 RBIs and figures to be in the middle of the lineup. Oddie, Crainshaw and Leffew also can play first.

Third base isn’t settled yet. Fisher and Cole Thomas have been competing there. Thomas also is the backup catcher.

McMillin is very good defensively in left or right and his hitting has picked up from last season.

Overcash is also the backup in the middle infield.

South put up double-figure runs in its first two games of the young season and projects to be an exciting offensive team, as well as an exceptional defensive team.

Will that be enough to win the best 3A league in the state?

While some marquee sports have struggled, South has been a good baseball school for a while.

Good enough that Chrismon could reach 200 career wins this season.